Allowing global temperatures to rise beyond maximum thresholds and then trying to bring them back down again through mitigation strategies is risky. A new study by an international team of researchers explored the physical and macroeconomic impacts associated with mitigation pathways with different levels of temperature overshoot. 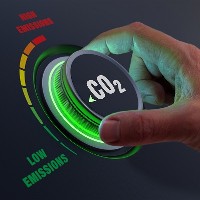 Mitigation pathways exploring end-of-century temperature targets often entail temperature overshoot, a term that refers to the extent to which temperature is allowed to temporarily exceed a given threshold. Little is however known about the additional climate risks generated by overshooting such temperature thresholds, its extent being a function of many variables defining how rapidly human systems can be transformed, including socioeconomic and technological progress variables.

The study realized by the Resources for the Future (RFF) - Euro-Mediterranean Center on Climate Change (CMCC) European Institute on Economics and the Environment (EIEE) and just published in Nature Climate Change with contributions from several IIASA researchers, assessed the benefits of limiting overshoot. The team computed the probabilistic impacts for different warming targets and overshoot levels based on an ensemble of integrated assessment models. They explored the physical and macroeconomic impacts associated with mitigation pathways with different levels of temperature overshoot.

“Our study demonstrates clearly that overshooting temperature thresholds affects the likelihood of many critical physical impacts, such as those associated with heat extremes. We also showed how, after mid-century, overshoot leads to both higher mitigation costs and economic losses from the additional impacts. The study highlights the need to include climate risk analysis in low-carbon pathways,” explains Laurent Drouet, senior scientist at EIEE and lead author of the study.

The study involved nine leading global integrated assessment models from institutions in Asia, Europe, and South America, which are widely used to assess global climate change mitigation pathways. The models all provide a detailed representation of global energy and land-use systems and a wide array of decarbonization options.

“I am glad to see that the multi-model scenario study on temperature overshoot conducted under the IIASA-led Exploring National and Global Actions to reduce Greenhouse gas Emissions (ENGAGE) project has created opportunities for four articles altogether. In addition to this study on the consequences of overshoot for climate impacts led by Laurent Drouet, a sister study in the same issue of Nature Climate Change led by IIASA Energy, Climate, and Environment Program Director Keywan Riahi is focusing on the economic consequences of overshoot. A study by Christoph Bertram and colleagues published earlier this year explored the energy system transition and investment dimension of overshoot, and a team led by our colleague Tomoko Hasegawa looked into the land-use implications. To complement these articles, the underlying data is being released in a Scenario Explorer for use by other researchers and decision makers,” says IIASA Integrated Assessment and Climate Change Research Group Leader, Volker Krey, one of the study’s authors.

“This work provides a novel bridge between the mitigation pathway community, which typically explores the costs and risks associated with the energy transition, and the climate impact community, which investigates the costs and risks of climate change. Limiting temperature overshoot by anticipating mitigation efforts leads to a stream of climate change benefits, cuts major impacts, and eventually lowers mitigation costs. All these benefits accrue during the second half of the century,” Drouet concludes.

The study is part of the Exploring National and Global Actions to reduce Greenhouse gas Emissions (ENGAGE) project funded by the European Union’s Horizon 2020 research and innovation program Grant No 821471.

Adapted from a press release prepared by the RFF-CMCC European Institute on Economics and the Environment (EIEE).