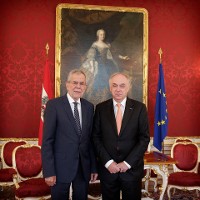 This was the first official meeting between Kabat and the recently elected President Van der Bellen. The main topic of discussion was planning for the upcoming Alpbach Political Symposium, which takes place from 27-29 August as part of the European Forum Alpbach (EFA).  The two also discussed the strategic IIASA agenda and the collaboration between IIASA and Austria, and IIASA's role and contribution to global science and policy and science diplomacy discourse. Kabat also informed the President about the growing membership of IIASA, and gave examples of some strategic IIASA projects, including the Global Energy Assessment, IIASA's contribution to the IPCC and Paris Agreement, and the project: Challenges and Opportunities of Economic Integration within a Wider European and Eurasian Space.

IIASA is a strategic partner of the EFA and has co-organized the Political Symposium for the last several years with the support and participation of former Austrian Federal President Heinz Fischer. In addition the forum serves as a meeting point for the Alpbach-Laxenburg Group, a reflection group of distinguished international members, focused on global sustainability solutions.

The two were joined in the meeting by Meinhard Rauchensteiner, adviser to the Presidential Office for Science, Arts and Culture and Chin-Min Lee, special adviser  to the IIASA Director General and CEO. 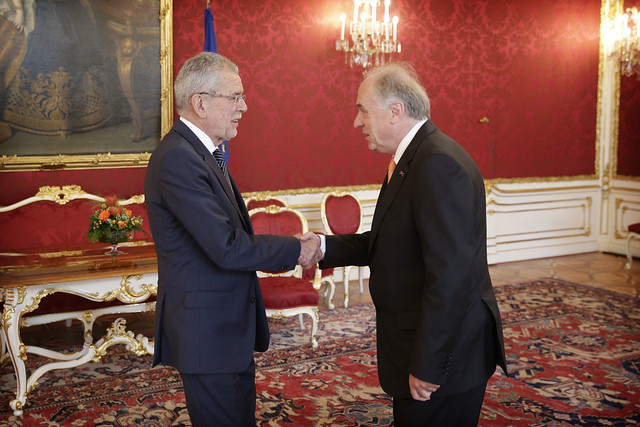 Austria is IIASA’s host country, and there is a long-standing history of collaborations between the institute and Austrian policymakers and researchers. Since 2008 alone IIASA cooperation with Austrian organizations has led to over a thousand scientific publications.

Recent joint studies have included an in-depth assessment of climate change in Austria, analyses of demographic change in Austria, investigations into the potential of biofuels in Austria, and development of innovative techniques to collect land use data. Underpinning the joint work is systems analysis—one of the few research tools with the breadth and depth to explore complex global problems and how they impact countries.

INFOSHEET ON IIASA ACTIVITIES WITH AUSTRIA