The Paris Agreement on climate change goes into effect today, but while the agreement set ambitious targets for tackling climate change, scientists say there is a long way to go to achieve it. Research suggests pathways to get the world on track. 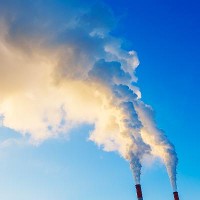 Next week in Morocco, this year’s annual UN climate change meeting—COP22—will open on an optimistic note. The historic agreement achieved last year in Paris went into force today. As of today it has been ratified by 97 countries, including many national members of the International Institute for Applied Systems Analysis (IIASA), such as Brazil, China, India, Mexico, and the USA. The process was one of the fastest ratifications of an international treaty in history.

With the agreement in effect, COP22 has been designated “the COP of action,” and the focus will be on implementation of the agreement and detailed questions of enforcement, commitment, and issues such as the loss and damage due to climate change, which are already occurring.

At IIASA, which hosted one of the first scientific meetings on climate change back in 1978, the agreement has been a long time coming. Since that first meeting, IIASA scientists have produced research on all aspects of climate change. They have contributed to a stack of books on the issue that could fill a library: all five of the reports of the Intergovernmental Panel on Climate Change (IPCC), the 2012 Global Energy Assessment, countless journal articles, and special reports on issues such as adaptation, renewable energy, and more.

Yet while the mood at the institute is celebratory, researchers are quick to point out that the scientific work on the climate change problem is far from complete. “This is a breakthrough moment for the international community. IIASA has contributed so much to the science behind this agreement, and will continue to do so. But at the same time, we need to be aware of the challenges that remain. There is still a big gap between the targets set in the agreement, and the climate pledges we have today,” says IIASA Director General and CEO Professor Dr. Pavel Kabat.

“The Paris Agreement has increased the ambition level on climate change—this is a heartening development after so many years of working on the topic. But the transformation towards a sustainable future not only includes a rapid response to climate change—now more than ever we need systemic approaches that can bring integrated solutions with multiple benefits and reduced costs, on climate change as well as other areas of sustainable development. This is more pertinent new than ever, with the 2015 adoption of the Sustainable Development Goals, which provide us with an aspirational future for human development and the needed transformations to stay below 2°C,” says IIASA Deputy Director General/Deputy CEO Professor Dr. Nebojsa Nakicenovic.

How to hit the targets
One of the major challenges facing the climate agreement is the fact that despite commitments from individual countries, the pledges are still not enough to limit climate change to less than 2°C above pre-industrial levels—let alone the stricter 1.5°C target that countries agreed to aim for in Paris. IIASA research published this summer showed that in fact, pledges made by individual countries so far would lead to global temperature rise of 2.6 to 3.1°C by the end of the century.

IIASA researcher Joeri Rogelj and colleagues in the IIASA Energy Program have produced a large body of work on the targets and what it would take to achieve them. Rogelj says, “The speed with which the Paris Agreement moved from the negotiation table towards entry into force illustrates the political momentum which the climate change issue has accumulated globally. Now, the challenge is to capitalize on this momentum and to make the agreement operational so that it can deliver upon the 1.5°C and 2°C commitments. An important next step will be to design and agree upon clear rules that allows us to keep track of where countries’ real-world climate actions are heading and how they compare to each other.”

Other work has shown that there might be significant trade-offs between climate policies and other priorities for development, such as energy poverty and water security. “We need to understand the impacts that climate policies will have on other Sustainable Development Goals. Our research focuses on viable solutions to resolve these potential trade-offs,” says IIASA Energy Program Director Keywan Riahi.

Land, climate, and negative emissions
A second area highlighted by IIASA research is the key role of agriculture and deforestation in climate change.  IIASA researcher Petr Havlík leads the IIASA Global Biosphere Management Model team, which works on the links between agriculture, trade, climate, and deforestation. “Land-use related activities such as agriculture or forestry are among those most directly impacted by climate change. And on the mitigation side, the land-use sector represents 25% or more of the total anthropogenic emissions,” he says. 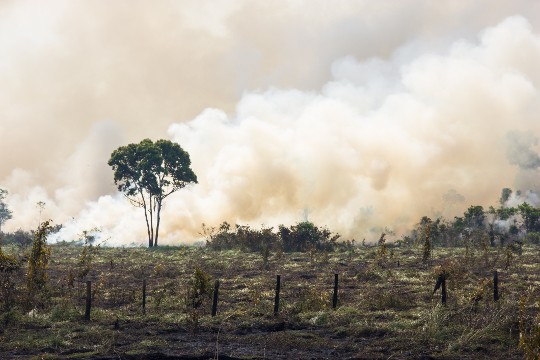 Forest burning in the Amazon. Deforestation and land-use change are a major contributor to greenhouse gas emissions. © Pedarilhos | iStock Photo

Recent research has shown that in order to meet the Paris targets, the decarbonization of the energy sector will not be enough: the global agriculture sector would need to significantly reduce emissions of non-CO2 greenhouse gases such as methane. “In our most recent projections, the whole land-use sector is supposed to contribute 20-30% of total mitigation,” says Havlík, “However, these projections rely on very simple policy assumptions which would lead to conflicts with achieving other goals such as eradication of poverty or hunger. Now we have to concentrate our efforts into translating the global targets into nationally acceptable policies.”

At the same time, research shows that it may not be enough to simply reduce emissions—rather, greenhouse gases will need to be actively removed from the atmosphere. This can happen through processes such as increased forest growth or afforestation, but to achieve the scale needed to meet the targets set in Paris, there would need to be a large growth in new technologies such as direct air capture and bioenergy with carbon capture and storage. IIASA researchers pioneered the idea of negative emissions, enabling a discussion on the topic at the time new climate targets were set in Paris. Subsequently, IIASA researchers have produced a wealth of research on the topic, including working in close collaboration with the Global Carbon Project.

IIASA Ecosystems Services and Management Program Deputy Director Florian Kraxner points out that to achieve negative emissions, currently available technologies could require large amounts of land and global management systems and logistics to make them work. However, he says, more efficient biofuels, or new ideas such as using algae for livestock feed, could help. “We need to deal with climate change and feeding a growing global population at the same time. Hence land-saving technologies need our utmost attention,” he says.

Program Director Michael Obersteiner adds, "The big problem with relying on future negative emissions is that it allows us to be less ambitious in our near-term goal setting, because we assume that today’s emissions will be undone by negative emissions produced by our grandchildren. Instead, negative emission technologies should be prepared today to be used as a backup plan, only in case of unforeseeable events of runaway climate or carbon-cycle feedbacks."

Helping people adapt to a changing climate
Even at 2°C of warming—indeed, even at the approximate 1°C warming that has already occurred since pre-industrial times—people need to adapt to changes in the climate. Some regions will experience major damage from sea-level rise or increasing climate extremes that they will not be able to adapt to, but instead require them to sell their assets, give up or take on different livelihoods, or even migrate to a new home. IIASA researchers have contributed a wealth of research on climate adaptation, risk management, and financial mechanisms for supporting people who face the worst impacts. 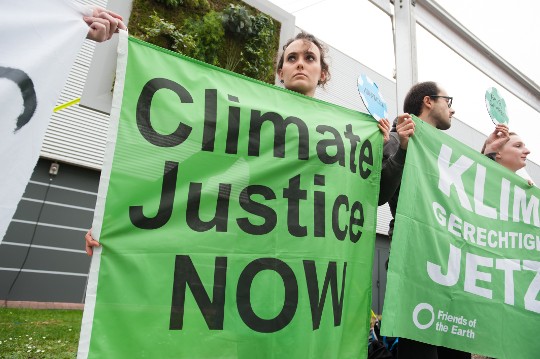 IIASA Risk and Resilience Program Director JoAnne Linnerooth-Bayer says, “The Paris Agreement marks a milestone, not only in limiting the warming of our planet, but also in adapting to unpreventable warming that will lead to risk sea levels, more severe rainfall,  droughts, and other climate extremes. The agreement promises to open the door for the developed world to provide the support necessary to reduce these risks and make financial instruments for coping with unreducible risks affordable to the most vulnerable.”

Linnerooth-Bayer was one of the first to propose insurance as a mechanism to reimburse people for the impacts of climate change, and to examine the potential benefits and trade-offs of such policies.

This topic of loss and damage has been contentious because of issues of blame and responsibility. But in a recent article in Science, IIASA researchers Reinhard Mechler and Thomas Schinko highlight a new risk analysis perspective that could bridge the divide between developing countries that need assistance and developed countries that are requested to provide support.

Mechler says, “A broad climate risk perspective can help to identify measures for coping with climate-related impacts already experienced, as well as to avoid some future risks. The framework we have proposed could be instrumental in projecting future risks associated with increasing warming. Loss and damage is going to be a big focus at the upcoming COP meeting in Marrakesh, and there is will to identify a principled way forward for dealing with risks beyond adaptation.”

2015 was not only a big year for climate change negotiations, but also for the broader sustainable development agenda. In September 2015, the UN adopted the 17 Sustainable Development Goals.  As a global center in systems analysis research, IIASA is already leading the way on new research that shows the interactions, both positive and negative, between the multiple goals, and a number of new projects address these issues:

The World in 2050 (TWI2050): TWI2050 is a partnership between science and policy that aims to develop equitable pathways to sustainable development within safe planetary boundaries in order to build human and environmental resilience to global change. More

Integrated Solutions for Water, Energy, and Land: This new project aims to identify integrated approaches to energy, water, food, and ecosystem security in selected regions of the world. More