Transport and residential heating could be responsible for a greater contribution of black carbon in the Russian Arctic compared to gas flaring or power plants, according to new research. 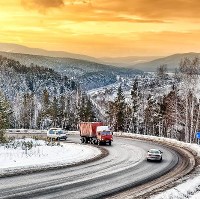 According to a new study published in the journal Proceedings of the National Academy of Sciences, 35% of black carbon in the Russian Arctic originates from residential heating sources, 38% comes from transport, while open fires, power plants, and gas flaring are responsible for only 12%, 9%, and 6% respectively. These estimates confirm previous work for some areas of the European Arctic, but for Siberia, the findings differ from previous research, which had suggested that contribution from gas flaring were much higher.

Black carbon, or soot, increases snow and ice melt by dulling the reflective surface and increasing the absorption of sunlight. Researchers say this is one reason that Arctic regions have warmed faster than any other area on the planet, with average temperatures there today over 4°C higher than the 1968-1996 average, according to the US National Oceanic and Atmospheric Association (NOAA).  Black carbon may also be contributing to the steep decline in summer Arctic sea ice coverage in recent decades.

“Reducing black carbon pollution holds some potential for climate change mitigation, especially in the Arctic, but in order to take effective action, we have to know where it is coming from. This study provides better data, but also shows that we need more information about source structure and spatial distribution of pollution in the Arctic,” explains IIASA researcher Zbigniew Klimont, who worked on the study.

The location of black carbon emissions matters, explains Klimont, because black carbon emitted from the sources closer to the Arctic leads to greater warming (per unit of emitted black carbon) compared to sources further from the region. “High-latitude sources are especially important. Even though China, for example, releases much more black carbon than Arctic regions, reductions there have less impact per kilogram than reductions in the Arctic.”

This research drew on IIASA research that was part of a European-Union funded project, Evaluating the Climate and Air Quality Impacts of Short-lived Pollutants (ECLIPSE). Researchers used the ECLIPSE emissions and an atmospheric transport model and compared the predictions with measurements and carbon isotope analysis of samples at Arctic research stations. While the study found good agreement between model estimates of black carbon concentrations and measurements for the European Arctic site, they found a mismatch between the modeled and measured results for the Russian Arctic site. The researchers developed a better method to attribute pollution to its sources by incorporating new data from Tiksi, a research station in the far eastern region of Siberia into the model. This improved attribution highlights the more important role of residential heating and transport sources while lesser relevance of gas flaring at this far-East Siberian site.

“There is widespread gas flaring in the Russian Arctic. Yet, the magnitude of gas flaring related black carbon and other combustion related emissions and the specific carbon-isotopic fingerprint are not very well understood. In order to better assess the role of black carbon pollution in the Arctic and to target its sources for mitigation, we need to measure the isotopic fingerprint of the gas flaring sources,” says Patrik Winiger, a researcher at Stockholm University in Sweden who led the study.