For the next few weeks researchers are testing a new system to aid disaster damage mapping, providing much-needed real-time data to help communities recover and rebuild after disaster. 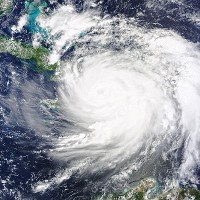 After natural disasters, communities need fast access to damage assessment maps to aid relief, recovery and rebuilding efforts. On 28 April at the European Geosciences Union General Assembly (EGU), IIASA researchers will present a new way to link volunteers around the world with a way to help communities after major disasters.  They invite the general public to test out the app for the next few weeks, using data from Hurricane Matthew, which devastated Haiti last year.

“Our goal is to provide a simple way for people to help disaster response efforts. At the same time, the app could help raise public awareness of natural disasters,” says IIASA researcher Olha Danylo, who presented the work at EGU.

The new campaign takes advantage of Picture Pile, an app for mobile phone, tablet, and computer, which has previously been used to crowdsource the mapping of deforestation in Tanzania. IIASA researchers have now redesigned the app to use satellite imagery provided by DigitalGlobe in partnership with the Humanitarian OpenStreetMap Team under the Crowd4Sat project with Imperative Space and the European Space Agency (ESA).

The app provides a simple platform for volunteers to classify differences between two satellite images. Volunteers are asked to look at before-disaster and post-disaster satellite images, noting in this case where they see damage to buildings. This sort of image processing is simple for a human being, but difficult to program into computer algorithms.

Before/after images used in the campaign

Because time is of the essence in such disaster response efforts, this initial public test will provide the researchers a chance to rapidly analyze app functionality, evaluate the data quality provided by volunteers, and make improvements before applying it in a real situation.

“This is kind of like a fire drill. When a disaster occurs, it’s important that we are able to respond quickly, that the app and data collection run smoothly, and that we know what quality of data to expect,” says IIASA researcher Steffen Fritz, who leads the institute’s citizen science team. “Hurricane Matthew, for example, damaged an estimated 200,000 homes in Haiti. The idea of this project is to help provide a quick initial damage assessment, so that help can also quickly reach those who need it.”

Led by Imperative Space in collaboration with IIASA and the Humanitarian OpenStreetMap Team, the project is a part of the ESA initiative Crowd4Sat, which combines citizen science with satellite observations in the fields of biodiversity & wildlife, environment and disaster relief. 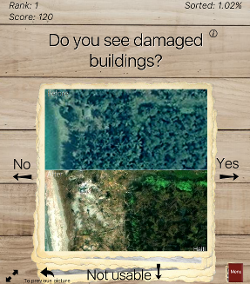 The International Institute for Applied Systems Analysis (IIASA) is an international scientific institute that conducts research into the critical issues of global environmental, economic, technological, and social change that we face in the twenty-first century. Our findings provide valuable options to policymakers to shape the future of our changing world. IIASA is independent and funded by prestigious research funding agencies in Africa, the Americas, Asia, Europe, and Oceania. previous.iiasa.ac.at

Imperative Space (www.imperativespace.com) is an independent venture based in the UK specialising in innovative public engagement, education and creative communications projects for and about the space sector. Its work includes   citizen science, online learning, data visualization, data apps, video-led training, documentary films, interactive technology, exhibition design, consultancy and the development of international outreach initiatives.  It has particular expertise in developing innovative applications and engagement initiatives using satellite Earth observation data, and leads the Crowd4Sat initiative (www.crowd4sat.org) for ESA. Imperative Space is a part of Imperative Communications (www.imperativecommunications.com), a company providing a similar range of services in other sectors facing pressing global challenges, including in climate change and the environment, education, sustainable development and public services.