New IIASA-led research has found that a single climate mitigation scheme applied to all sectors, such as a global carbon tax, could have a serious impact on agriculture and result in far more widespread hunger and food insecurity than the direct impacts of climate change. Smarter, inclusive policies are necessary instead. 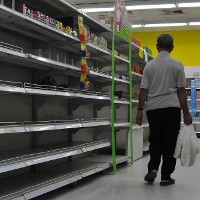 This research, published in Nature Climate Change is the first international study to compare across models the effects of climate change on agriculture with the costs and effects of mitigation policies, and look at subsequent effects on food security and the risk of hunger.

The researchers, led by Tomoko Hasegawa, a researcher at IIASA and Japan’s National Institute for Environment Studies (NIES), and Shinichiro Fujimori, a IIASA researcher and associate professor at Kyoto University, summarized outputs of eight global agricultural models to analyze various different scenarios to 2050. The scenarios covered different socioeconomic development pathways, including one in which the world pursues sustainability, and one in which the world follows current development trends, different levels of global warming, and whether or not climate mitigation policies were employed.

By 2050, the models suggest that climate change could be responsible for putting an extra 24 million people at risk of hunger on average, with some models suggesting up to 50 million extra could be at risk. However, if agriculture is included in very stringent climate mitigation schemes, such as a global carbon tax or a comprehensive emission trading system applying the same rules to all sectors of the economy, the increase in food prices would be such that 78 million more people would be at risk of hunger, with some models finding that up to 170 million more would be at risk.

Some areas are likely to be much more vulnerable than others, such as sub-Saharan Africa and India.

There is a growing consensus that agriculture, one of the world’s major greenhouse gas emitters, must do more to share the burden of carbon emissions reduction. The new research shows that without careful planning, the burden of mitigation policies is simply too great. All the models showed that deploying measures such as a carbon tax raises the cost of food production. This can be directly, through taxes on direct agricultural emissions, and taxes on emissions resulting from land use change, such as converting forest to expand agricultural land, and indirectly, through the increased demands for biofuel, which competes with food production for land.

The researchers stress that their results should not be used to argue against greenhouse gas emissions reduction efforts. Climate mitigation efforts are vital. Instead, the research shows the importance of “smart”, targeted policy design, particularly in agriculture. When designing climate mitigation policies, policymakers need to scrutinize other factors and development goals more closely, rather than focusing only on the goal of reducing emissions.

“The findings are important to help realize that agriculture should receive a very specific treatment when it comes to climate change policies,” says Hasegawa. “Carbon pricing schemes will not bring any viable options for developing countries where there are highly vulnerable populations. Mitigation in agriculture should instead be integrated with development policies.”

The researchers suggest, for example, schemes encouraging more productive and resilient agricultural systems. The developing world’s ruminant livestock herds produce three-quarters of the world’s ruminant greenhouse gases, but only half of its milk and beef. Using efficient techniques and technology from the developed world would then simultaneously reduce greenhouse gas emissions, promote economic growth, reduce poverty (thereby improving health and living conditions), and improve food security. Another suggestion is complementary policies to counteract the impact of mitigation policies on vulnerable regions, for example, money raised from carbon taxes could be used for food aid programs in particularly hard-hit areas or countries.

“As agriculture is more and more directly associated with the discussion on global mitigation efforts, we hope the paper will show that differentiated solutions need to be found for this sector. As countries are all working at defining emission reduction pathways within the context of the Paris Agreement, it serves as a warning that other development objectives should be kept in mind to choose the right path towards sustainability,” says IIASA researcher and coauthor Hugo Valin.

For access to the full dataset of results of the study, please consult the JRC DataM website