A new book edited by researchers at IIASA, the London School of Economics (LSE) and Deltares looks at the research, political debate and policy options surrounding the impacts of climate change which may be irreversible and beyond physical and social adaptation limits, known as Loss and Damage. 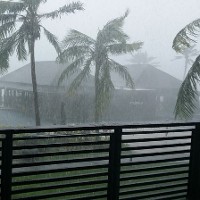 Loss and Damage from Climate Change: Concepts, Methods and Policy Options, will be launched at an event at LSE on 28 September. The book is the first from the Loss and Damage Network, a partnership of scientists and practitioners involved on in Loss and Damage. Its 22 chapters were written by leading experts from multiple disciplines from more than 40 institutions around the globe. The editorial team was led by Reinhard Mechler, the deputy program director of the Risk and Resilience Program at IIASA with other editors including Thomas Schinko and JoAnne Linnerooth-Bayer of IIASA, Swenja Surminski of the LSE and Laurens Bouwer of Deltares.

The book’s various chapters cover the political, legal, economic and institutional dimensions of Loss and Damage, introduce normative and ethical questions, highlight the role of climate risks and management, present case studies from around the world, and identify practical, evidence-based policy and implementation options. The book also makes five key propositions to policymakers, including identifying the distinct policy space for Loss and Damage, the use of attribution science – the understanding of the mechanisms which lead to climate change, and losses and damages – to better inform policy, and the development of a broad narrative to highlight the collective ambition and mutual benefits of improved policies.

“Climate change is rapidly proceeding, and climate-related risks are being exacerbated. The Loss and Damage discourse, initiated almost three decades ago by small island states worried about sea level rise, has given voice to concerns for climate change-related impacts that may be irreversible and beyond physical and social adaptation limits,” says Mechler.

This year has brought new temperature records in Africa and Asia, the hottest European summer in recent history, with associated droughts, and forest fires as far north as the Arctic Circle, severe flooding in India and Bangladesh, and massive cyclone damage in Fiji, the Philippines and China. Research has shown that the frequency and severity of extreme weather and climate-related hazards is likely to increase as a result of anthropogenic climate change.

Climate mitigation and adaptation will increasingly not be enough to manage the effects from such hazards, and in 2013, the United Nations Framework Convention on Climate Change (UNFCCC) adopted the Warsaw International Mechanism for Loss and Damage, a climate policy mechanism designed to manage climate-related losses and damages in particularly vulnerable countries. There is much debate around the subject, but Mechler explains that the science supporting potential policies has been trailing behind. The new book aims to address this, and the researchers say that the propositions within could form a foundation for the development of widely acceptable policies. The book’s release is timely.

“In addition to providing information on critical climate risks and requisite responses to the wider public throughout, we are hopeful that the book may inform the Loss and Damage discourse at a critical time, with the review of the Warsaw Mechanism expected by the end of 2019 and evidence of limits ‘beyond adaptation’ increasing. The authors and the Loss and Damage network stand ready to further conduct relevant research, provide capacity building as well as support policy deliberation,” says Mechler.

Loss and Damage research at IIASA