A new large-scale hydroeconomic model, developed by a team at IIASA, will allow researchers to study water systems across whole continents, looking at sustainability of supply and the impacts of water management on the energy and agricultural sectors. 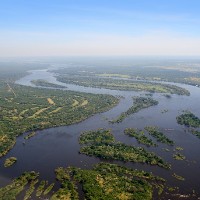 Hydroeconomic models are increasingly becoming an important tool for water resources planning in river basins. Taher Kahil, a researcher in the IIASA Water Program who led the development of the Extended Continental-scale Hydroeconomic Optimization (ECHO) model, explains that hydroeconomic modeling is rarely used over scales larger than a basin, and especially not at continental-scale. ECHO is one of the first large-scale models that integrates hydrological, environmental, economic, and institutional aspects.

As the rising global population and climate change further increase pressure on water resource systems, as well as energy and land systems, the so-called water-energy-land nexus, policymakers will need to be better informed when it comes to adapting management practices to ensure sustainability.

“ECHO can be used to simulate a variety of water management interventions including efficiency improvements, resource extractions, reservoir storage, interbasin transfers, and non-conventional water resources, among many others. The model should provide useful information to policymakers on the optimal combination of management interventions to address water scarcity challenges as well as the trade-offs and synergies among these various interventions,” says Kahil.

An important advantage of ECHO, according to the researchers, is that it can consider local hydrological and technological constraints, along with regional and global policies, at multiple spatial scales, overcoming the limits of other models which have attempted this at smaller spatial scales.

“This is increasingly necessary given that local conditions constrain the water supply system, while some policy interventions such as international trade and transboundary agreements can only be assessed at larger spatial scales,” says Kahil. “Moreover, solutions identified at the large scale need to be validated in the regional context given that management, policy, and investment decisions are made at regional and sub-national levels.”

The model itself is a bottom-up optimization model with various possible outputs. Intermediate models generate input data, including linkages between different water systems, water availability and future climate change and its impacts. Water use management options such as groundwater pumping, desalination, reservoir use, and wastewater recycling are also included, alongside the electricity consumption of each option and the associated costs and performance. Electricity generation technologies using water are also considered.

The researchers applied the model to Africa as a case study as part of a wider study on water, energy and food (with Global Environment Facility funding). The continent was selected due to its rapidly growing water demands and lack of infrastructure, allowing the capacity of the ECHO model and the benefits of the integrated hydroeconomic modeling framework to be shown. Kahil and the team examined a number of different scenarios towards 2050. The results they obtained are in line with previous findings on the cost of water management and adaptation to global changes in Africa. However, the model additionally provides an assessment of necessary investments in water management and the economic implications of various socioeconomic and climate change adaptations.

The development team included researchers from the IIASA Energy Program, the University of Victoria, Canada, and Vrije Universiteit Amsterdam, Netherlands. The next step in the development of ECHO will be to apply the modeling framework to all basins and groundwater aquifers around the world and use it to study challenging global water-related issues, including groundwater depletion. The model will also consider water quality and associated adaptive options to address water scarcity worldwide.

ECHO will also be used in the ongoing Food-water-energy for Urban Sustainable Environment (FUSE) project, a joint endeavor of IIASA, Stanford University, US, the Helmholtz Centre for Environmental Research in Germany, and the Austrian Foundation for Development Research. The project will study policy and governance to address competition for scarce resources in stressed urban food-water-energy systems, particularly in Amman, Jordan and Pune, India. Here, the model will be applied to megacities to find sustainable solutions for urban inhabitants.

“ECHO is a modeling tool that can be used to respond to challenging questions important to human society, such as the implications of contrasting socioeconomic and climatic scenarios on the sustainability of water supply, and the impacts of water management on the energy and food sectors and vice versa. The insights could guide the design of better management policies and a more efficient use of scarce resources,” says Yoshihide Wada, Water Program deputy director and one of the coauthors of the study. 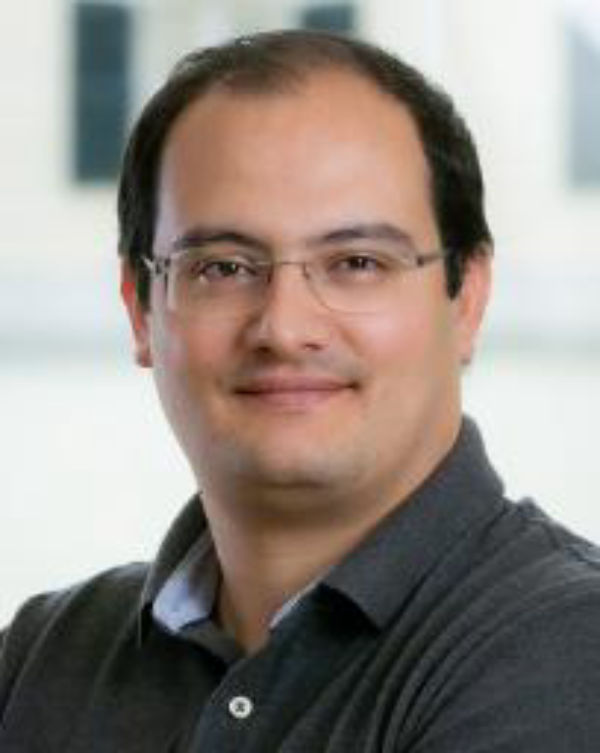