Researchers at IIASA and the Complexity Science Hub, Vienna, have discovered that non-financial firms, such as vehicle manufacturers and energy companies, contribute to systemic risk in financial systems in the same way as financial institutions like banks, and as such, should be regulated in the same way. 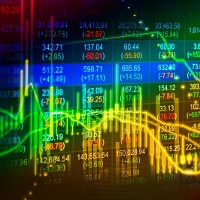 Systemic risk is the chance that a crisis at one institution could lead to the collapse of an entire financial system. The financial crisis in 2008 was triggered by the failure of a single bank, and in response to this, a new international regulatory framework was introduced to improve regulation and risk management, known as Basel III. The framework calls for stronger regulation of systemically important financial institutions (SIFIs) and recommends, for example, increased capital requirements, so-called SIFI surcharges, for them. However, such regulations are not applied to non-financial firms. Researcher Sebastian Poledna and his colleagues argue that such macro-prudential regulations should be applied to all systemically important companies, whether financial or non-financial.

The work is the first to study the systemic importance of non-financial firms.

“The mechanisms of how a financial crisis may lead to an economic recession, and vice versa, are not understood on a fundamental level. To clarify and map the financial ties between the financial and the real economy, which are at the core of such potential spreading mechanisms, are more important than ever,” says IIASA researcher and coauthor Stefan Thurner.

The team collected data on nearly all financial and non-financial firms in the Austrian economy. The data analyzed includes 80.2% of the liabilities, or debts, of firms to banks. It was collected from the financial statements of firms and banks in Austria, and anonymized interbank liabilities from the Austrian banking system. The researchers then reconstructed the financial network between 796 banks and 49,363 firms, effectively the Austrian national economy in 2008. Poledna says that to their knowledge, this is the most comprehensive financial network ever analyzed.

The next step was to identify systemically important firms, for which the researchers used a previously developed method called DebtRank. This gives each firm a number based on the fraction of the economic value in a network that will be affected if that firm is in distress. The highest-ranking firms are generally large banks with substantial total assets. In the Austrian economy, those with the highest DebtRank are, unsurprisingly, large banks, but the eighth most systemically important firm is non-financial. The firm in question has a DebtRank of 0.39, meaning that if it defaulted, up to 39% of the Austrian economy would be affected.

The method used is broadly applicable.

“The results of this work could be the basis for a new approach to bank stress testing exercises that takes feedback effects between the real [goods and services] and financial economy into account,” says Poledna. “Bank stress testing exercises assess the impact of risk drivers on the solvency of banks and are typically conducted without considering feedback effects between banks or between banks and the real economy.”