Employing bioenergy with carbon capture and storage (BECCS), would not only retain 40,000 jobs currently held as part of the US coal industry but would create 22,000 new jobs in the forestry and transportation sectors by the middle of this century, according to new IIASA-led research. 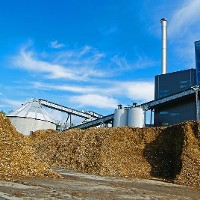 While the need for solutions for the impending consequences of rising global temperatures has become increasingly urgent, many people have expressed concerns about the loss of jobs as current technologies like coal-fired power plants are phased out. The new study, led by Piera Patrizio, a researcher in the IIASA Ecosystems Services and Management Program, has modeled the numbers associated with the impacts of cutting coal plants while at the same time employing techniques for BECCS.

“In the ambitious attempt to limit global warming below 2°C, BECCS features as the dominant technology, yet it’s been under considerable scrutiny for its unknown effects on the environment and society,” says Patrizio. “Our analysis shows that acting now and investing in this emission-mitigating strategy can be beneficial for employment in the US coal sector.”

BECCS is a proposed technology for reducing the release of greenhouse gases into the atmosphere. It combines carbon capture and storage, in which CO2 is collected from large emission sources such as power plants and injected into underground geologic formations, with the increased use of biomass, like plant-based materials, as a source of fuel. Proponents of BECCS predict that more than 99% of carbon dioxide stored through geologic sequestration is likely to stay in place for more than 1,000 years. They say this approach is necessary because the levels of CO2 that already have been released are too high to be absorbed by conventional carbon sinks like trees and soil alone.

In the new study, the researchers studied in detail the major processes and steps involved in the potential energy supply chains for the US coal fleet. Specifically, they looked at the supply of sustainable forest resources for biomass and the design and cost of infrastructure for transporting and injecting CO2 into appropriate geologic sites.

“We also took into account the fact that biomass must be grown and harvested in a sustainable way in order to be considered carbon-neutral and thus obtain negative emissions,” explains coauthor Sabine Fuss, of the Mercator Research Institute on Global Commons and Climate Change in Berlin. “This aspect is sometimes neglected in studies dealing with BECCS deployment.”

The investigators used a number of different models to analyze existing data, including two from IIASA, the Global Forest Model (G4M), which looks at income from forestry and alternative land uses, and BeWhere, which optimizes the technology development of US coal, including feedstock logistics. They also used the Jobs and Economic Development Impact model from the US Department of Energy to estimate the employment impacts of technology development.

There are some limitations to this type of analysis. It does not consider the potential substitution of coal with other low-carbon options like renewables; thus, it reflects a limited picture of the future economy. In addition, the models do not include any equilibrium in the economy, but are a bottom-up supply-chain optimization for specific technologies. Depending on these issues, the jobs created by employing BECCS could differ. Further analysis could therefore focus on emphasizing the socioeconomic effects of substituting renewable technologies for existing fossil-based capacity or on detecting larger, macroeconomic effects of low-carbon technology deployment, the researchers say.

“To promote mitigation aspects broadly, policymakers worldwide should seek strategies to mitigate greenhouse gas emissions further to decarbonize individual sectors while creating other societal benefits such as jobs,” says coauthor Kasparas Spokas of the Princeton Environmental Institute. “The US represented a very interesting case in which to test our approach, given the economic, political, and environmental frameworks. This study shows how investing in climate change mitigation actually eases the transition for coal workers, who would otherwise be confronted with abrupt job losses due to the coal fleet retirement by 2050.”

This research was funded by the IIASA postdoc program, the Natural Environment Research Council of the UK, the Swedish Research Council Formas, and IIASA's Tropical Futures Initiative. It was also supported by the RESTORE+ project, which is part of the International Climate Initiative (IKI), supported by the Federal Ministry for the Environment; Nature Conservation and Nuclear Safety (BMU) based on a decision adopted by the German Bundestag. Also, the authors would like to acknowledge the Swedish national strategic research environment Bio4Energy.

Adapted from a press release provided by Joule.