IIASA researchers Joeri Rogelj and Daniel Huppmann were among the contributors to the UN Environment Programme’s (UNEP’s) 2018 Emissions Gap Report, which says that while it is still possible to keep global warming below 2°C, the nations of the world must triple their efforts to reduce emissions. 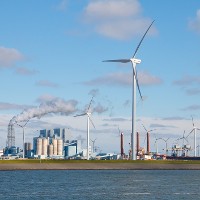 The ‘emissions gap’ is the gap between the projected global emissions in 2030, compared to the levels emissions need to be at to meet the target of keeping global warming to 1.5-2°C above pre-industrial levels, as set out in the Paris Agreement. The report’s authors say that the current pace of national climate action is not sufficient to meet the Paris targets. Increasing emissions and lagging action means that the emissions gap is bigger than it has ever been.

The report has been released just in time for the next global climate summit, the 24th Conference of the Parties (COP24) to the United Nations Framework Convention on Climate Change.

“These science synthesis reports are much anticipated by the delegates at the international climate negotiations, as every year they provide a point of reference and reality check for global climate action. This year’s report shows with renewed urgency that emissions reductions in the next decade are critical, and that there are readily available options to achieve this,” says Rogelj.

Rogelj was a lead author of the chapter that updated the assessment of the emissions gap, which found that little or no progress has been made in the past year on new policies or more ambitious pledges. New, more conservative assumptions about the potential contribution of negative emissions technologies in the future mean that even greater emissions cuts will be needed in the coming decades.

Huppmann led the year-long effort of compiling and making available a large database of emissions scenarios through the online IIASA Scenario Explorer. The 2018 Emissions Gap Report draws from this database, first published in Nature Climate Change, highlighting the important role IIASA plays in making scientific data available for further use by the science and policy communities.

The report outlines a roadmap in which it might still be possible to meet the Paris Agreement targets and close the emissions gap by 2030, including the potential contributions of government fiscal policy, the pace of innovation and a review of climate action in the private sector and at a sub-national level.

Non-state actors – such as city and regional governments, private companies, investors, higher education institutions and civil society organizations – will become increasingly important to the fight against climate change. If such players commit to the strongest climate action globally, emissions could be reduced by 19 GtCO2e, enough to close the 2°C emissions gap.

Fiscal policies could further help. Governments could subsidize low-emission alternatives and impose higher taxes on fossil fuels. Many governments have already put in place carbon pricing and carbon tax initiatives, covering around 15% of global emissions. If a carbon price of US$70/t were to be adopted, emission reductions of 40% are possible in some countries, while removing fossil fuel subsidies would reduce global emissions by 10% by 2030, compared to a situation where no climate policies were imposed.

“If the IPCC report represented a global fire alarm, this report is the arson investigation,” said UN Environment Deputy Executive Director Joyce Msuya. “The science is clear; for all the ambitious climate action we’ve seen – governments need to move faster and with greater urgency. We’re feeding this fire while the means to extinguish it are within reach.”