Data collected from over 1 million forest plots reveals patterns of where plant roots form symbiotic relationships with fungi and bacteria. The study is the first proof of a new ecological law, and lends new insight into potential climate feedbacks. 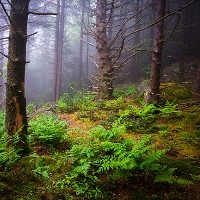 In and around the tangled roots of the forest floor, fungi and bacteria grow with trees, exchanging nutrients for carbon in a vast, global marketplace. A new effort to map the most abundant of these symbiotic relationships – involving more than 1.1 million forest sites and 28,000 tree species – has revealed factors that determine where different types of symbionts will flourish. The work could help scientists understand how symbiotic partnerships structure the world’s forests and how they could be affected by a warming climate.

IIASA researchers Dmitry Shchepashchenko, Anatoly Shvidenko, and IIASA Ecosystems Services and Management Program Deputy Director Florian Kraxner worked alongside a team of over 200 scientists to generate these maps, published in Nature on 15 May. From the work, they revealed a new biological rule, which the team named Read’s Rule after pioneer in symbiosis research Sir David Read.

Read drew maps by hand of where he thought different symbiotic fungi might reside, based on the nutrients they provide. Ectomycorrhizal fungi feed trees nitrogen directly from organic matter – like decaying leaves – so, he proposed, they would be more successful in cooler places where decomposition is slow and leaf litter is abundant. In contrast, he thought arbuscular mycorrhizal fungi would dominate in the tropics where tree growth is limited by soil phosphorus. Research by others has added that nitrogen-fixing bacteria seem to grow poorly in cool temperatures.

“Thirty years ago, Read hypothesized that symbiotic relationships in forests depend on temperature, but at the time he didn’t have the data to test this hypothesis,” says Shchepashchenko.

A massive international science collaboration, the Global Forest Biodiversity Initiative, is what made the study possible. Through the initiative, researchers shared data from surveys of forests, woodlands, and savannas from every continent (except Antarctica) and ecosystem on Earth. The team fed the location of 31 million trees from the database, along with information about what symbiotic fungi or bacteria most often associates with those species, into a learning algorithm that determined how different variables such as climate, soil chemistry, vegetation and topography seem to influence the prevalence of each symbiosis.

From this, they found that nitrogen-fixing bacteria are probably limited by temperature and soil acidity, whereas the two types of fungal symbioses are heavily influenced by variables that affect decomposition rates – the rate at which organic matter breaks down in the environment – such as temperature and moisture.

“These are incredibly strong global patterns, as striking as other fundamental global biodiversity patterns out there,” said Stanford University researcher Kabir Peay, one of the main authors of the study. “Before this hard data, knowledge of these patterns was limited to experts in mycorrhizal or nitrogen-fixer ecology, even though it is important to a wide range of ecologists, evolutionary biologists and earth scientists.”

Kraxner adds, “While this is an important advancement for the field of biology, it is also extremely useful for improving our understanding and projections of climate change. Forest ecosystems are dynamic, living systems that are integral to the global carbon cycle.”

In one example of how the new research could be applied, the group used their map to predict how symbioses might change by 2070 if carbon emissions continue unabated. In this scenario, researchers found a 10% reduction in the biomass of tree species that associate with a type of fungi found primarily in cooler regions. The researchers cautioned that such a loss could lead to more carbon in the atmosphere because these fungi tend to increase the amount of carbon stored in soil.

The maps from this study will be made freely available, in hopes of helping other scientists include tree symbionts in their work. In the future, the researchers intend to expand their work beyond forests and to continue trying to understand how climate change affects ecosystems.

Adapted from a press release by Taylor Kubota, Stanford University 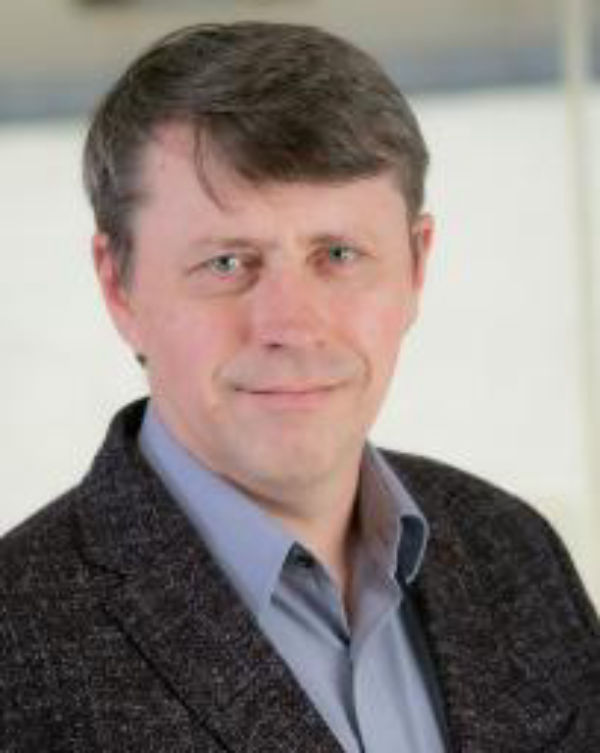