Education trumps age-structure in terms of providing a demographic dividend

The relationship between population changes and economic growth has been a controversial topic among demographers for many years. A study published in the Proceedings of the National Academy of Sciences of the United States of America (PNAS) today, challenges the dominant view that fertility decline and changes in age structure are key drivers of economic growth. 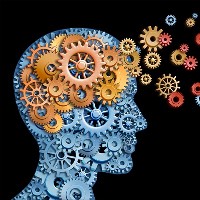 Global environmental change and discussions about the drivers of international migration has led to renewed interest in population growth and global demographic change. The notion of a demographic dividend – defined by the UN Population Fund as, "the economic growth potential that can result from shifts in a population’s age structure when the share of the working-age population is larger than the non-working-age share of the population" – was introduced to highlight the benefits of fertility decline. Among specifically African leaders, it is however also often interpreted as describing the benefits of their youthful populations.

“After a focus on population growth, recent studies have paid more attention to changes in age structures and defined the notion of a demographic dividend as a window of opportunity that opens when falling birth rates lead to a relatively higher proportion of working age population,” explains IIASA World Population Program Director, Wolfgang Lutz, lead author of the paper. “This has become the dominant paradigm in the field of population and development and an advocacy tool for highlighting the benefits of family planning and fertility decline.”

Due to its controversial nature, the topic of population was not explicitly included in the Sustainable Development Goals (SDGs). To address this, researchers from IIASA, the Wittgenstein Centre for Demography and Global Human Capital, Vienna University of Economics and Business, and the Vienna University of Technology tried to provide a systematic reassessment about what aspects of demographic change have beneficial consequences for economic growth and sustainable development.

The new model proposed in the study, explicitly addresses interactions between the effect of changing age structure and education levels and shows that in the case of low shares of a population having at least completed junior secondary education, the effect of lower fertility can be negative. In other words, a population in which the number of children declines and therefore the proportion in working age increases is worse off than in the case of no such change if the education level of the population is low. If the average level of education is relatively high on the other hand, the results indicate that a strong demographic dividend can be gained from the interaction of more working age people who are better educated.

“Our findings suggest that the widely used hierarchical conceptualization of the demographic dividend as an opportunity that is opened and triggered by a decline in the youth dependency ratio and which requires investments in education and health as a second order additional investment is misleading. The analysis reveals that the change in age structure by itself does not open any specific opportunity and the improvement of human capital is the primary and dominant driver of the true demographic dividend. This implies a major paradigm shift,” says Jesus Crespo Cuaresma, an IIASA researcher and study co-author.

This study once again confirms the findings of several previous studies by the IIASA World Population Program, with the empirical evidence showing that education matters more than changing age structures. According to the researchers, this matters not only for poor developing countries but also for aging related concerns in rich countries and highlights that population policies for the 21st century should foster the human resource base of countries.