Recognizing the mutual benefits of scientific collaboration in a broad field of activities of global concern and interest, India has rejoined IIASA as a full member through the Technology Information, Forecasting, and Assessment Council (TIFAC). 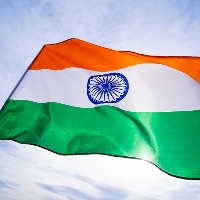 Research collaborations between IIASA and India stretch back to the 1970s and continue to bring new insights into the challenges the country and wider region face. In particular, past collaborations have provided a global perspective, interdisciplinary research expertise, and policy relevance to issues ranging from the future of India’s energy system to tackling air pollution. This partnership is set to be strengthened and expanded by the country’s membership of IIASA through the Technology Information, Forecasting and Assessment Council (TIFAC), an autonomous body under the Department of Science and Technology of the Government of India. TIFAC will represent India as National Member Organization on the IIASA Council with support from the Department of Science and Technology. India’s membership of IIASA will initially be for five years from January 2020, after which it will automatically be renewed.

“I am confident that our membership of IIASA will facilitate increased scientific cooperation and exchange of ideas, information, and technologies that will benefit both India and IIASA in our joint efforts to address the challenges the world faces on national and global levels today,” commented Vijay Kumar Saraswat, Chair of the TIFAC Governing Council and member of NITI Aayog.

“Together, TIFAC and IIASA will support the role of systems science to solve complex problems, build bridges between nations, and provide independent and pertinent evidence to policymakers,” adds Executive Director of TIFAC, Pradeep Srivastava, who will be will be the IIASA Council Member for India.

India was a full member of IIASA from January 2007 to November 2017, and an observer from November 2017 to the end of 2019. As part of the new Memorandum of Understanding signed between IIASA and TIFAC, six priority research areas were identified taking into account the shared objectives of the IIASA and Indian research agendas; the potential to engage with wide ranging research, academic, and policy partners across India and Asia; and the interests of policymakers and researchers in India and the international community. The areas that will be addressed over the next five years include: the Sustainable Development Goals (SDGs), India’s National Clean Air Action Program, Disaster and Climate Resilience on the Indian subcontinent, Artificial Intelligence and Digital India, the Indian Energy Model, and NEXUS – An Integrated Solution to Water, Energy, Land, and Ecosystem Security.

“We are tremendously pleased to welcome India as a full member of IIASA and look forward to enhancing our already productive collaborations. New members bring new expertise, new experiences, and new approaches, which in turn provide greater scope for research collaborations with a broader range of countries. This allows us to build networks between IIASA and global research and policy communities as we continue to tackle global challenges that effect the full diversity of the human experience,” concludes IIASA Director General and CEO Albert van Jaarsveld.