The Slovak Republic has rejoined IIASA as a national member with its membership supported through the Ministry of Education, Science, Research, and Sport, and the Slovak Committee for Cooperation with IIASA. 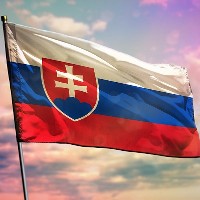 Czechoslovakia was a founding member of IIASA in 1972. Following the peaceful dissolution of the country into the Czech- and Slovak Republics at the end of the Cold War, the Slovak Republic remained a full member of IIASA from 1994 to 2003. As a returning member, the country is committed to help build and develop productive research collaborations between researchers at IIASA and in the Slovak Republic, as well as between Slovak researchers and other IIASA member countries. The Slovak Ministry of Education, Science, Research, and Sport will be the National Member Organization representing the country’s membership on the IIASA Council. To support its membership, the Ministry has also established a Slovak Committee for Cooperation with IIASA, made up of representatives of the Slovak government and the scholarly community.

“In our increasingly global society, we believe that our membership of IIASA will bring great benefits to the Slovak Republic through new international research collaborations that will improve how research shapes our public policy, as well as provide opportunities for young scientists to gain international and interdisciplinary research skills. I am convinced that the institute’s expertise in modeling and integrated assessments will not only help to strengthen our researchers’ international networks, but will also bring Slovak expertise and insights to the global research questions that IIASA aims to address,” said Anna Juríková​, current Acting Director General of the Science and Technology Division, Ministry of Education, Science, Research and Sport of the Slovak Republic and Chair of the Slovak Committee for Cooperation with IIASA.

IIASA and the Slovak Committee will work together to advance the field of systems analysis; apply systems analysis to complex problems that require an integrated, scalable approach; and build a global network of scholars and practitioners dedicated to systems analysis. The aim is to provide policymakers with long-lasting solutions to the complex interconnected challenges they face. Such activities will build on existing research cooperation between IIASA and Slovak research bodies and institutions, including the Soil Science and Conservation Research Institute, Comenius University, the Slovak Hydrometeorological Institute, the Ministry of the Environment of the Slovak Republic, and the Ministry of Foreign and European Affairs.

IIASA Director General Albert van Jaarsveld welcomed the announcement of the Slovak Republic’s return to IIASA, saying, “I am delighted that the Slovak Republic has chosen to rejoin IIASA. It provides the institute with a new member from Eastern Europe – a region that was historically well represented among IIASA members but has declined in the decades following the end of the Cold War. We look forward to increased research collaboration on a global scale between the Slovak Republic and all IIASA member countries from China to South Africa, as well as regionally, to address localized issues in the European neighborhood.”