Investment in conservation efforts needs to be stepped up 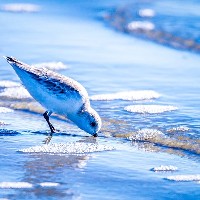 According to the authors of the review published in Nature, there has been some progress in terms of achieving conservation commitments – particularly in marine environments – since global environmental targets were agreed in 2010, but shortfalls in international protection efforts were clear and abundant.

“Many countries have outstanding protected area estates such as Botswana and Thailand, but when it comes to ensuring the right types of environments and species are protected, many nations simply aren’t reaching their stated goals,” explains study lead author Sean Maxwell from the University of Queensland. “Nearly every nation on Earth has agreed that area-based conservation efforts must cover at least 17% of land and 10% of our oceans, and placed in areas that are important for biodiversity and ecosystem services by 2020. Some of the worst performers included war torn nations like Syria and Libya, while other species-rich nations like Madagascar and Papua New Guinea are falling well short on their targets.”

The researchers reviewed progress toward this target by overlaying maps of protected areas on natural ecosystems, threatened species, carbon services on land and sea, and fisheries productivity in the world’s oceans. They found that the 17% area target was nowhere near high enough to achieve full ecological representation and coverage of threatened species and that 78% of known threatened species, and more than half of all ecosystems on land and sea, remain without adequate protection. Seven of the most productive regions for fisheries in fact have no formal protected area coverage at all. The authors also reviewed how effective and equitable protected area management has been, given that these criteria also featured in area-based conservation targets agreed in 2010.

“Adequately funded and equitably managed protected areas are one of our best tools for reducing threats to biodiversity, yet the current financial shortfall for area-based conservation likely exceeds the multi-billion dollar mark, and as much as 90% have on-site staff capacity that is inadequate or below optimum,” says Maxwell. “In terms of equitable management, decision-making is often not equitable and local stakeholders can perceive a general loss of rights over natural resources after the establishment of a protected area.”

The authors note that the next round of conservation targets are fundamental to the future of life on the planet.

“We’re in a global biodiversity crisis that threatens our collective future. We understand what needs to be done to manage this biodiversity crisis, but governments have dramatically underinvested in protected areas and have been weak in legally protecting them. For biodiversity to have any chance, nations must invest more resources in consolidating area-based conservation efforts. There are however also significant opportunities to better recognize the biodiversity benefits of land and sea areas managed by indigenous and local communities, as well as privately protected areas,” comments study coauthor James Watson, from the University of Queensland and the Wildlife Conservation Society.

“Protected areas are an important tool for conservation, but their ability to deliver environmental benefits depends on placing them where species and ecosystems most in need of conservation are, and in sustainably managing landscapes and seascapes around them to avoid them becoming isolated and disturbed. Ecological principles will need to be applied in any kind of land and water resource management to allow biodiversity to thrive both inside and outside protected areas,” concludes study coauthor and IIASA researcher Piero Visconti.

Adapted from a press release prepared by the University of Queensland, Australia.