As the world focuses on the dual crises of climate change and biodiversity loss, a new landmark study pinpoints the ecosystems that should be restored for the biggest climate and biodiversity benefits at the lowest cost. According to the authors, restoration can potentially be 13 times more cost-effective when it takes place in the highest priority locations. 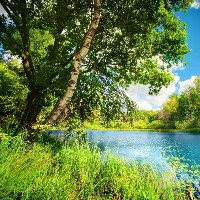 Returning specific ecosystems on all continents worldwide to their natural state would save the majority of land-based species of mammals, amphibians, and birds under threat of extinction while soaking up more than 465 billion tons of CO2, according to the study published in Nature. By identifying precisely which destroyed ecosystems worldwide should be restored to deliver biodiversity and climate benefits at a low cost without impact on agricultural production, the study is the first of its kind to provide global evidence that where restoration takes place has the most profound impact on the achievement of biodiversity, climate, and food security goals.

“Pushing forward on plans to return significant sweeps of nature to a natural state is critical to preventing ongoing biodiversity and climate crises from spinning out of control,” commented study lead author Bernardo Strassburg from the Rio Conservation and Sustainability Science Centre and the International Institute for Sustainability in Brazil. “We show that if we’re smarter about where we restore nature, we can tick the climate, biodiversity, and CO2 budget boxes on the world’s urgent to-do list.”

The study focuses on the potential benefits of restoring both forest and non-forest ecosystems on a global scale. Previous research has emphasized forests and tree planting, sometimes at the expense of native grasslands or other ecosystems, the destruction of which would be very detrimental for biodiversity and should be avoided. While reviving forests is critical for mitigating global warming and protecting biodiversity, other ecosystems also have a massive role to play.

Using a sophisticated multi-criteria optimization platform called PLANGEA—a mathematical approach that finds “slam dunk” solutions to address multiple problems—in combination with mapping technologies, the researchers assessed 2,870 million hectares of ecosystems worldwide that have been converted to farmland. Of these, 54% were originally forests, 25% grasslands, 14% shrublands, 4% arid lands, and 2% wetlands. They then evaluated these lands based on three factors (animal habitats, carbon storage, and cost-effectiveness) to determine which proportion—whether it’s 5%, 15%, or 30%—of lands worldwide would deliver the most benefits for biodiversity and carbon at the lowest cost when restored. 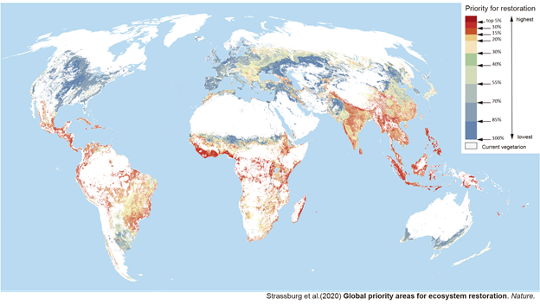 The team were further able to identify a global-level, multiple-benefits solution—unconstrained by national boundaries—that would deliver 91% of the potential benefit for biodiversity, 82% of the climate mitigation benefits, and reduce costs by 27% by focusing on areas with low implementation and opportunity costs.

When looking at the benefits if the restoration were to take place only at the national level—which means that each country would restore 15% of its forests—the study revealed a reduction in biodiversity benefits by 28% and climate benefits by 29%, and a rise in costs by 52%. This result once again emphasizes the critical importance of international cooperation in meeting these goals.

Responding to fears that restoring ecosystems will encroach on the land needed for crop production, the researchers calculated how many ecosystems could be revived without cutting into food supplies. They found that 55%, or 1,578 million hectares of ecosystems that had been converted to farmlands, could be restored without disrupting food production. This could be achieved through the well-planned and sustainable intensification of food production, while an even larger restoration effort could potentially be realized if a reduction in food waste and a shift away from foods such as meat and cheese that require large amounts of land is also considered.

“Integrated approaches that combine restoration efforts with a transformation of our food system have great potential for navigating trade-offs between environmental and production objectives. Such approaches will be central to an effective post-2020 biodiversity strategy,” says study coauthor David Leclère, a researcher in the IIASA Ecosystems Services and Management Program.

The approach developed is already supporting implementation at national and local scales and provides compelling evidence to policymakers seeking affordable, efficient ways to meet UN goals around biodiversity, climate, and desertification. In addition, the study demonstrates a crucial but mostly unexplored application of the International Union for Conservation of Nature (IUCN) Red List of Threatened Species. It will inform discussions at the 2021 IUCN World Conservation Congress and 15th Convention on Biological Diversity (CBD) Conference of the Parties regarding implementation of policy commitments, including the Bonn Challenge, the UN Decade of Restoration, and the Sustainable Development Goals.

“The approach pioneered in this study shows the enormous potential for integrated spatial planning to deliver biodiversity and climate mitigation benefits from habitat restoration, with negligible impacts on food production and the associated economic sectors. Crucially, this approach is applicable also at national and sub-national level and we look forward to assisting countries in implementing their own restoration targets with similar approaches for the benefit of people and the environment,” concludes study coauthor and IIASA researcher Piero Visconti.

Adapted from a press release prepared by the International Institute for Sustainability (IIS). 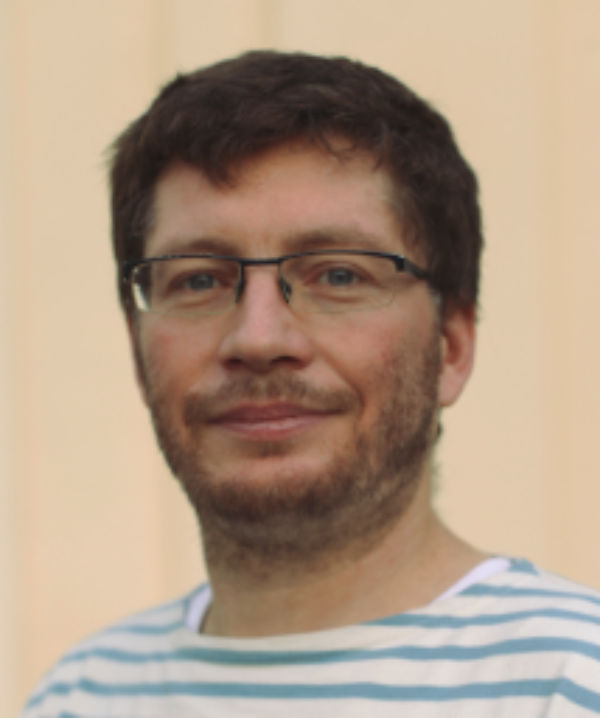