Monitoring biodiversity and ecosystems in Europe

IIASA is collaborating with 14 partner institutions from Belgium, Bulgaria, Estonia, Germany, the United Kingdom, the Netherlands, Portugal, and Spain on a new research project aimed at developing a transnational system for monitoring biodiversity and ecosystems in Europe. 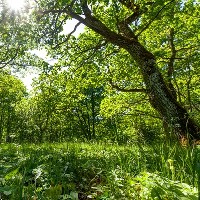 The new broad-based Europe Biodiversity Observation Network: integrating data streams to support policy (EuropaBON), research project will be coordinated by the Martin Luther University Halle-Wittenberg (MLU) and the German Centre for Integrative Biodiversity Research (iDiv). Two of the new IIASA research groups set to commence in January 2021, namely Novel Data Ecosystems for Sustainability (NODES) and Biodiversity, Ecology, and Conservation (BEC), will be leading the efforts of the IIASA team.

In May 2020, the European Commission presented the EU Biodiversity Strategy for 2030, which aims to restore threatened or already degraded ecosystems in Europe by 2030 and halt biodiversity loss. While there are numerous studies and data on biodiversity in Europe, the collected data are often limited to time and place, as well as to individual species or taxonomic groups. It is therefore often difficult to compare the data. According to the researchers, a systematic, up-to-date information system geared to the needs of policymakers and that reflects the status of Europe’s biodiversity and ecosystems is needed to establish informed policy measures.

“The problem is that we do not have a consistent picture of how biodiversity is changing across different species and taxonomic groups – for example, mammals or amphibians – in the different regions of Europe,” says Professor Henrique Pereira, a researcher at MLU and iDiv.

The EuropaBON research alliance aims to develop a new standard for monitoring biodiversity and ecosystems. Another aim is to harmonize data that have already been published on these issues. This includes data on biodiversity and other factors, such as water quality, as well as satellite data and data from government agencies, long-term trials, and other scientific sources. Often these data were collected with the intent of answering a specific research question and are difficult to compare. Clarifying how this can nevertheless be achieved and the data be integrated is another goal of the project. Researchers and political decision makers will collaborate on developing and tracking a range of so-called essential biodiversity variables that will provide a coherent overall picture of Europe and form the basis for political decisions.

By the end of the project, various options for a European network will have been established for monitoring biodiversity and ecosystems. Using concrete case studies, the team will examine the feasibility of the concepts  ̶  from data acquisition and management to reporting to the European Commission. In the future, the system should also make it possible to retrospectively assess the effect of individual nature conservation measures.

“With so many disparate datasets available across Europe, the project aims to design a Terms of Reference for a Biodiversity Monitoring Coordination Centre,” says IIASA researcher Ian McCallum.

The EU is providing three million euros in funding for the project. A virtual kick-off meeting of the project partners will take place from 1 ̶ 3 December 2020.

Adapted from a press release prepared by the Martin Luther University Halle-Wittenberg (MLU).