Yanan Luo works on the role of environmental factors in the relationship between urbanization and mental health in the context of China. 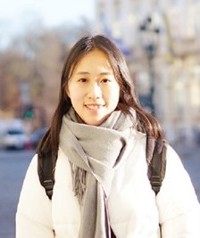 China underwent an unprecedented scale of urbanicity since the initiation of the reform and opening policy in 1978, leading to almost a fivefold rise in urban population in the past four decades. Urbanicity generates opportunities to obtain improved sanitary conditions and high quality health care, but it results in substantial health risks, such as stressful social environment, greater social disparities and serious pollution as well. Extremely rapid urbanicity brings to rapid increases in city size, crowed living conditions, migration and population scale related problems of disparities in health-care delivery and economic resources, considerable acculturative stress in working environment and serious air and water pollution in urban areas, which may lead to high risk of mental health problems to city dwellers. An increased interest in urbanicity effect on mental health has raised recently, but the pathways of how urbanicity affect the risk of mental illness among Chinese population were poorly understood. Dr. Luo investigates the role of environmental factors in the relationship between urbanization and mental health in China, which helps to detect the high-risk populations of mental disorders for early intervention in the progress of rapid urbanicity.