Award for contribution to the field of disaster risk management

The Risk and Resilience Program is to receive an international award for its long-standing collaborations with the Disaster Prevention Research Institute in organizing annual conferences on integrated disaster risk management. 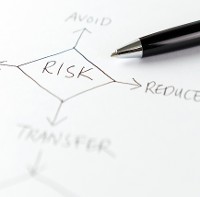 The conferences, which have been widely attended by experts in the field from around the world, have been held jointly with the the Disaster Prevention Research Institute (DPRI) for the last 9 years.

In addition to IIASA's collaborations with DPRI, the award also seeks to recognize IIASA's role as a founding member of the Society for Integrated Disaster Risk Management (IDRiM), which emerged from the IIASA-DPRI conference format.

This year's award ceremony, which will be held on 21 February at the University of Kyoto in Japan, will be attended on behalf of the institute by IIASA Research Scholar and RISK Deputy Director Reinhard Mechler.

The Disaster Prevention Research Institute was established in the late 1940s and is one of the leading institutions focusing on disaster risk management.