Nineteen IIASA researchers contributed to the Intergovernmental Panel on Climate Change (IPCC)’s reports on adaptation and mitigation, which will be released in the coming weeks. 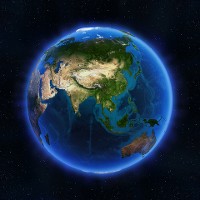 IIASA research on climate impacts, adaptation, and mitigation is an important input to the IPCC reports. In addition to peer-reviewed research cited in the IPCC reports, 19 IIASA researchers served as authors and editors of the upcoming reports, from the IPCC’s Working Group II and III. To find experts for interview please check our list of IIASA contributors to the IPCC Fifth Assessment Report.

The IPCC will release the WGII report following a plenary meeting in Japan. IIASA researcher Reinhard Mechler served as a lead author on the Technical Summary and Chapter 19 of the report, on the economics of adaptation, and IIASA Director General Pavel Kabat was a review editor for Chapter 3, Freshwater Resources. In addition, IIASA research on climate impacts was an important input to the report. Read more>>

Find the latest information on IIASA's involvement in the IPCC reports.