Making the change: Have we got what it takes to achieve sustainability?

Options Magazine Summer 2016: Integration of all dimensions of sustainability— problems, drivers, and impacts—is needed, and IIASA is blazing the trail. 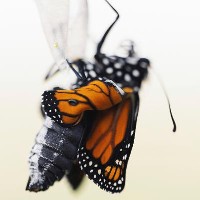 The year 2015 raised the bar, stirred the ambitions, got us all thinking. In September the Sustainable Development Goals (SDGs)—encompassing everything from ending poverty to protecting all ecosystems—were adopted by all 193 member states of the UN. At the Paris climate summit in December an ambitious limit of 1.5°C rather than 2°C warming was seriously considered for the first time.

But we all know in our heart of hearts that that was the easy part. Politicians on podiums talking of historic breakthroughs do not reduce the amount of hot air in the atmosphere.

Can we really achieve these ambitious targets? What changes must be made? What new paths must be taken? Lacking in the lofty aspirations of 2015 was much mention of accountability, or serious deadlines. The SDGs are in no sense legally binding, and no time limit was given for 1.5°C target. And yet, the deadlines are there, imposed upon us by our own planet, as the climate warms, species go extinct, and hunger grows.

A change is in the air

Climate change is central to all aspects of the global transformation that must be achieved, because none of the myriad challenges we face—from biodiversity loss to hunger—can be dealt with in the absence of action on climate change. 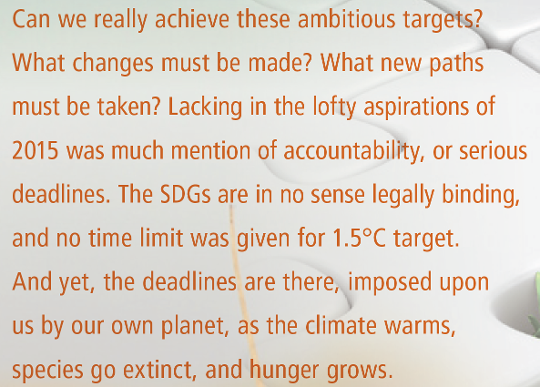 However, failure is not inevitable; in the only study which had explicitly investigated the 1.5°C target before the Paris summit, IIASA researchers showed how limiting temperature rise to less than 1.5°C by 2100 can technically be achieved; but action must begin immediately.

“That we need to do more, and we need to do it now, is beyond doubt,” says IIASA researcher Joeri Rogelj, lead author of the study and key contributor to the UNEP report.

The inconvenient truth is that, along with substantial increases in energy efficiency, global emissions must peak as soon as 2020 if we are to limit warming to 1.5°C by 2100. Deep cuts will be required across all sectors, and global carbon neutrality will need to be reached 10 to 20 years earlier than projected for 2°C scenarios. 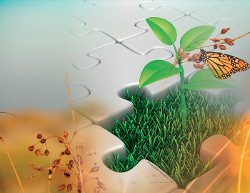 Achieving this will require a fundamental change in how we think about climate change. “Policymakers, scientists, and society as a whole must abandon the idea of climate change as a single, discrete issue,” says IIASA Director General and CEO Professor Dr. Pavel Kabat. IIASA is moving away from treating problems (such as climate change) drivers (such as population growth) and impacts (such as habitat degradation) as separate entities. The IIASA Research Plan 2016–2020 recognizes that all such factors are closely linked, and the work of the institute is now firmly rooted in integrating all dimensions of sustainability.

Climate and development, hand in hand

Ensuring that climate action is integrated into sustainable development, and vice versa, is the primary aim of the IIASA‑led project  Linking Climate and Development Policies – Leveraging International Networks and Knowledge Sharing (CD‑LINKS). The project aims to develop pathways, or storylines, which show how climate change mitigation could occur in conjunction with sustainable development objectives, and what synergies and trade‑offs between the interlinked goals might arise.

“Traditionally, climate has been modeled globally, while national models have focused on local challenges, such as water security” says IIASA Energy Program Director Keywan Riahi. “But CD‑LINKS has brought together national and global research teams to identify solutions which are climate friendly without compromising other sustainable development objectives.”

Research to date has attempted to deal with sustainability objectives by focusing on a single issue—reducing air pollution, for instance—and then analyzing how achieving it might affect others: climate change, ecosystems, or health.

“That’s a start,” says Riahi. “But in reality decision makers want to know how to maximize multiple objectives with a limited budget. The moment you put one objective into the center and the others on the periphery you are creating a subjective ranking.”

The €5.5 million project, encompassing 18 international partners, is producing specific roadmaps for the majority of the G20 countries. The need to ratchet up countries’ INDCs was a key part of the Paris agreement, and the CD‑LINKS roadmaps will provide policymakers with concrete advice on measures needed to meet long‑term objectives. Importantly, the project will also identify countries which are already showcasing best practices—where policies are consistent with both climate and broader sustainable development goals—and those where current policy is creating barriers to sustainability.

IIASA at the heart of climate research

As early as 1978 the institute held a meeting entitled Carbon Dioxide, Climate and Society to discuss how rising CO2 as a result of fossil fuel use might affect the Earth’s climate. In 1979, IIASA predicted temperature rises of between 1°C and 4°C by 2050—a projection that is remarkably similar to that of today’s most sophisticated models. IIASA also played a key role at the landmark Villach conference in 1985, which led to the establishment of the Intergovernmental Panel on Climate Change (IPCC).

IIASA work has been central in developing the scenarios for the IPCC’s Special Report on Emissions Scenarios used by scientific communities to understand driving forces as well as mitigation and adaptation response strategies. Over the past few years, IIASA has been one of four modeling groups to develop the new generation of scenarios, the Representative Concentration Pathways and Shared Socioeconomic Pathways, which include cases where the climate is stabilized at minimal temperature increases, so-called “low climate stabilization scenarios”.

The basis of these transformation pathways will be a suite of models focused on climate mitigation and adaptation, coupled with information on other sustainable development objectives, including economic development, energy poverty, air quality, food security, biodiversity, climate adaptation, and energy security.

Drawing up strategies for future sustainability is, of course, only the first step; successful implementation will be the real challenge. In recognition of this, the project will also ask the hard questions policymakers must face: Do the model projections imply unrealistic investments in new infrastructure? Will these investments require additional policies?

Ultimately, no individual SDG is the goal. Only together do they achieve the future we need. “The objectives tabled in 2015 aimed impressively high,” says IIASA Deputy Director General Nebojsa Nakicenovic. “But there is no single scientific assessment that has looked at whether the implementation of all 17 Sustainable Development Goals is possible. Not even in basic terms of what kind of investments and technologies are needed, let alone the complexities of governance.”

The World In 2050 (TWI2050) project, however, aims to do just that. The project will examine the synergies and trade‑offs between SDGs, as well as looking beyond them to a future where humanity thrives on a stable, resilient planet.

The complexity of this challenge is staggering. Examining just one issue—how to ensure water security in the face of climate change, for instance—involves a vast number of variables and unknowns. There are myriad difficulties associated with gathering information on all 17 SDGs, integrating the data, and analyzing it in models which all have their own associated uncertainties. Can it be done in any meaningful way?

“It is true that there are SDGs that are very difficult to define in a quantitative, modeling sense,” says Nakicenovic. “But for some goals, for example the energy goal, we can give a clear picture of what needs to be done and even when and by whom.”

So, although the project is in the very early stages, that plan is to start with what can be done, and model factors such as energy, climate, health, and the financial sector. At the same time the project will bring in experts on the more difficult goals—gender equality, ecosystem protection—and discussions will begin as to how these can be incorporated. “This will involve a concerted, interdisciplinary effort,” says Nakicenovic.

IIASA researchers are not attempting such a feat for trivial reasons. There are two major dangers if the SDGs are not implemented in an integrated way. The first is that the costs will be immense: lack of integration may mean losing out on chances to benefit from synergies between the goals, leading to inefficient, expensive alternatives. The second danger is that solutions for one goal may end up eroding progress towards another.

Examining these issues together as part of a whole is a vital step on the road to a sustainable future, and although they may not be explicit in international agreements, our deadlines are looming.

Towards a Sustainable Future