IIASA researchers and international colleagues explored the potential of using finely ground rock to help with the removal of CO2 from the atmosphere on the road to achieving net-zero emissions and keeping global warming below 1.5°C. 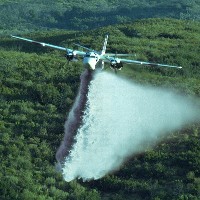 Airplane spraying a forest. Photo by Thomas Hays (colors have been changed).

To reach the long-term temperature goals of the Paris Agreement, it is imperative to actively remove carbon dioxide (CO2) from the atmosphere and permanently store it – thus achieving so called negative emissions. This poses a tremendous challenge: how can we realize negative emissions at a sufficient scale and pace using technologies that are technically reliable, cost-effective, sustainable, and publicly acceptable?

A suite of different negative emission technologies have been proposed, among which the most promising ones capitalize on the ability to manage ecosystems for increased carbon sequestration and aim to strengthen the ability of, for example, plants and soil to absorb more carbon from the atmosphere than it releases.

In their new article just published in Nature Geoscience, an international research team led by the Laboratory for Climate and Environmental Sciences (LSCE) and including several IIASA researchers explored the use of finely ground silicate rock powder.

Rock powder has long been used to improve the physical properties of soil, such as water retention, drainage, aeration, and structure, but it has not before been applied for CO2 removal. The researchers posit that the large-scale application of rock powder has potential as a method to rapidly upscale carbon removal as it can easily be co-deployed in existing land systems. The principle behind this negative emission technology is to enhance the natural reaction of CO2 with rocks and minerals on the Earth’s surface as they break down or dissolve through the natural process of weathering. The process involves grinding silicate minerals to a powder and spreading it on the land surface where it reacts with CO2 and removes it from the atmosphere – a process known as the abiotic carbon dioxide removal pathway. Among the potential candidates, basalt stands out, as it is not only an abundant rock resource that has a high weatherability, but also contains plant nutrients that are key to a second biological CO2 removal pathway, which has now been quantified for the first time.

“In a wide range of ecosystems, the fixation of CO2 during photosynthesis by plants and its storage in biomass and soils is constrained by low soil fertility. By spraying nutrient deficient ecosystems with basalt powder, which slowly releases nutrients during weathering, the nutrient constraints could theoretically be lifted and ecosystem carbon storage promoted,” explains coauthor and IIASA researcher, Sibel Eker.

The study specifically explored this previously overlooked biological CO2 removal pathway. While previous assessments have primarily focused on fertile agricultural land where existing infrastructure can be adopted for the spreading of rock dust, the research team focused on natural ecosystems with impoverished soils.

To do so, the team used a comprehensive numerical model of the biosphere to simulate the CO2 removal ability of rock powder, accounting for both the abiotic and the biotic pathways. They found substantial CO2 removal of up to 2.5 gigaton of CO2 per year, of which about 50% was due to the biosphere response to rock powder. The largest CO2 removal rates were found in regions which have previously been considered unsuited for rock powder.

The team further used information on the costs of rock powder production, transport, and application. Assuming the use of airplanes equipped to spray rock powder, the costs of CO2 removal were found to be moderate – around US$150 per ton of CO2 removed, which is lower than earlier estimates due to the additional sequestration through the biological pathway.

The authors point out that achieving sufficiently high net CO2 removal will require upscaling of basalt mining, deploying systems in remote areas with a low carbon footprint (like drones or airships), and using energy from low carbon sources. Based on the findings, the researchers argue that basalt soil amendment should be considered a prominent option when assessing land management mitigation options for mitigating climate change, but yet unknown side-effects, as well as limited data on field-scale deployment, need to be addressed first.

“Pilot studies should focus on degraded systems and afforestation projects to test for potential negative side effects. If rock powder can enhance the CO2 removal in existing managed systems, it will help to reduce pressure on natural ecosystems elsewhere,” concludes study lead author Daniel Goll, who is jointly associated with the University of Augsburg in Germany and LSCE in France.

Adapted from a press release by the Laboratory for Climate and Environmental Sciences (LSCE). 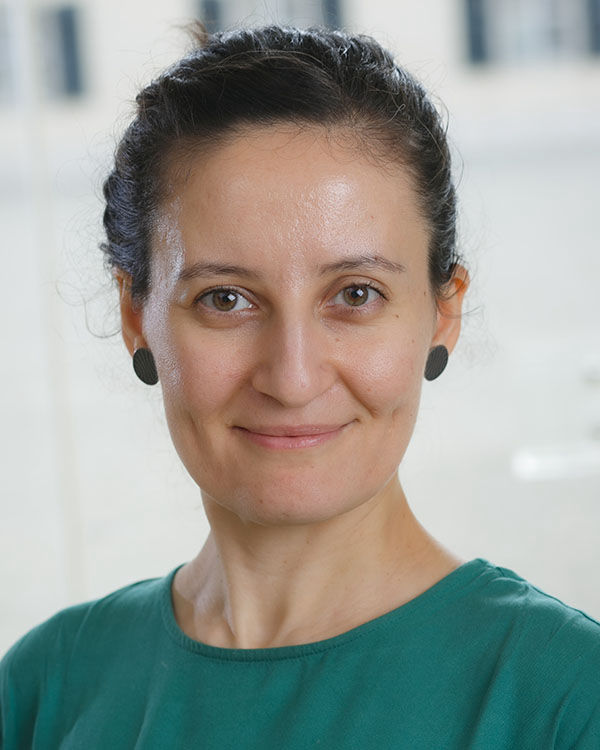