Earth
League Statement: The year of opportunity for a sustainable future

A statement today by the Earth League highlights the key role of 2015 events on the path to a sustainable future, and provides essential elements for climate action at the Paris climate meeting in December. 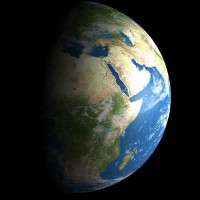 The Earth League is a network of leading international Earth system researchers. IIASA Director General and CEO Professor Dr. Pavel Kabat and Deputy Director General Nebojsa Nakicenovic are founding members of the group, which was established in 2013.
In the statement, released today, the league calls for decisive action at three key meetings this year, on Financing for Development, the adoption of the UN Sustainable Development Goals in September, and the global climate negotiations set for Paris in December.  They write,

"In 2015, a good climate future is still within reach. If we act boldly, we can safeguard human development. It is a moral obligation, and in our self-­‐interest, to achieve deep decarbonization of the global economy via equitable effort sharing. This requires reaching a zero-­‐carbon society by mid-­‐century or shortly thereafter, thereby limiting global warming to below 2°C as agreed by all nations in 2010. This trajectory is not one of economic pain, but of economic opportunity, progress and inclusiveness. It is a chance too good to be missed. We have just embarked upon a journey of innovation, which can create a new generation of jobs and industries, whilst enhancing the resilience of communities and people around the world." Read more>>

The Earth League statement highlights the importance of avoiding tipping points in the climate system that could lead the Earth system to “dramatic and irreversible enviornmental changes.” The statement also provides practical advice to policymakers, identifing eight essential elements for climate action in Paris, including a commitment to limit global warming to below 2C, limiting the global carbon budget to well below 1000Gt CO2,  deep decarbonization, fairness and equity, development plans, and attention to resilience and vulnerability planning.

International research for a sustainable future

The two research projects are complementary efforts among leading global research institutes and financing and development organizations to bridge a gap between science and policy. They aim to address outstanding questions on sustainability, climate, social equity and the environment, and provide pathways for the world to reach the future we want.

Towards a sustainable future

Climate Change: The necessary, the possible, and the desirable&nbsp;