A new grant from the European Union will support an international research project on aging and health, including IIASA population researchers. 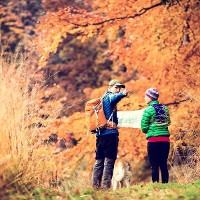 The new project, funded by the European Union’s Horizon 2020 funding scheme, aims to achieve a better understanding of aging, by identifying patterns of healthy aging pathways.

The project, which includes a number of research partners in Europe and Israel, will compile a major new dataset on aging and health characteristics, from over 300,000 people. These characteristics include physical and mental health, biomarkers, lifestyle habits, social environment and participation and other factors.

IIASA population researchers Sergei Scherbov and Warren Sanderson will lead IIASA’s contribution to the project, which will use demographic research methods developed at IIASA to explore and make sense of the new data sets made available by the project.

The project builds upon research conducted by Scherbov and Sanderson, showing that traditional measures of aging insufficiently capture the characteristics of aging populations—leading to ineffective policies and potential misunderstandings.

The project also complements an ongoing major ERC-funded project led by the two researchers, focused on developing new measures of age that focus on people’s characteristics, rather than the number of years they have lived.

This project has received funding from the European Union’s Horizon 2020 research and innovation program under grant agreement No 635316. Project Name: Ageing Trajectories of Health: Longitudinal Opportunities and Synergies, ATHLOS

The plus side of population aging