The percentage of the world’s population that is above or below the ‘replacement level of fertility’ has long been used as a measure of demographic development. A new study revisited how this metric is calculated and how useful it really is in terms of informing policy decisions. 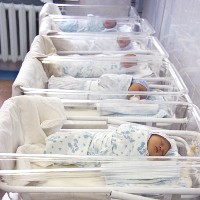 The term “replacement level fertility” is used to describe the total fertility rate of a population—in other words, the average number of children born per woman at which a population exactly replaces itself from one generation to the next without migration. A number of studies have attempted to explore the proportion of the world living in countries where fertility is below replacement rate, as this is seen as a general indicator of the overall demographic development of the world. Most of these studies have used 2.1 as a cut off—meaning that the total number of children born, or that are likely to be born to a woman in her lifetime if she were subject to the prevailing rate of age-specific fertility in the population, is 2.1. The problem, however, is that the replacement fertility for many countries is not 2.1, which implies that using it could be detrimental to the construction of population policies that address contemporary social, economic, and political challenges.

According to IIASA World Population Deputy Program Director, Sergei Scherbov and Stuart Gietel-Basten, a professor of Social Science and Public Policy at the Hong Kong University of Science and Technology, there is a significant range in the total fertility levels that countries need to replace themselves. They say that although it is commonly believed that replacement rates are important and they are often presented as some kind of target, there is actually very little evidence that 2.1 is actually the optimum fertility rate. Rather, the findings indicate that there are many countries in the world where the rate of replacement is greater than 2.1, which is a direct consequence of higher levels of mortality and skewed sex ratios at birth, resulting from sharp gender inequalities. In their paper published in the journal PLOS One, Scherbov and Gietel-Basten endeavored to recalculate the proportion of the world’s population living in countries that are either below or above the actual replacement rate in that country. Instead of using the norm of 2.1, however, the authors used the actual replacement rate of different territories­—including for the states of India.

“We found that when considering all countries of the world, the majority of people do not live in territories with below replacement fertility. However, when we subdivide India into its constituent states and count them as countries, there is a majority. We also found that the history of the proportion of the world living in below replacement fertility settings in the past, is significantly different when considering actual replacement levels, which were much higher in the past than either today’s or the 2.1 figure schedule that is commonly used,” explains Gietel-Basten.

The authors note that the study produced unexpected results in terms of the number of people who lived in below replacement fertility populations in the past. More importantly, they clearly show just how much countries really differ from the widely held norm of 2.1. Whether the fertility rate in a country is above or below the replacement rate is not so important. However, the fact that so many countries have a replacement rate of fertility much higher than 2.1 shows how unequal our world is, and how many human lives are lost every year as a result of mortality and inequality. The fact that there is a difference is perhaps more important than the actual degree of the difference at the global level in terms of telling us how much we still have to do to improve mortality rates and remove barriers to gender equality.

“Our paper demonstrates that there are many misunderstandings about replacement level fertility. Scientists have incorrectly represented what replacement fertility actually is and have performed calculations that have been widely cited and which are, quite frankly, inaccurate. At a basic level, it matters that the correct protocol is followed, and that more accurate numbers and information is conveyed to the public,” Scherbov concludes.