When is someone old?

Populations around the world are living longer lives than was the norm just a few decades ago, presenting governments with significant challenges in terms of caring for their growing elderly populations. According to a new study published in PLOS ONE, understanding how to assess who is elderly is a crucial first step for our understanding of population aging. 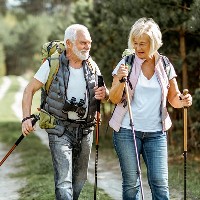 The UN’s Profiles of Ageing 2019 provides people who study population aging with a choice of perspectives, namely a conventional potential support ratio (PSR) and a prospective potential support ratio (PPSR). The difference between the two is based on different threshold ages at which people are first seen as “old”. In the PSR the threshold age is 65 years and is fixed independently of time or place, while in the PPSR, the threshold age is the age where remaining life expectancy is 15 years. The first is commonly known as the conventional old age threshold and the second as the prospective old age threshold. The conventional old age threshold is the most commonly used, but it has the disadvantage that it does not change over time and is the same for all countries regardless of their trajectories of aging. This is of course not the case, as today’s 65 year-olds are very different from their counterparts half a century ago, and are also likely to be very different from what they will be like half a century in the future. People also age differently depending on where they live and across population subgroups.

This implies that if the equivalency criterion were not at least approximately adhered to, people with a particular five-year death rate in one country would be categorized as old, while people in another country with the same five-year death rate would not be. The study is based on previous research by the authors in which they developed measures of population aging adjusted for changes in remaining life expectancy – a so-called dynamic old age threshold – and provides additional arguments around why it would be beneficial to use such measures of aging. They highlight that when this dynamic old age threshold is used to study people in many countries over long periods of time, at that threshold, people have roughly the same health.

“We wanted to provide researchers with a solid argument around why measures of aging based on a fixed remaining life expectancy should be used and how similar groups of older people should be defined. We want people to understand that the use of an old age threshold based on a fixed chronological age does not produce groups of adults whose relevant characteristics are comparable across time and space. The equivalency criterion is effective in making that decision because it defines who is elderly in a consistent way based on characteristics relevant to the study of population aging,” explains IIASA researcher and study author Warren Sanderson.