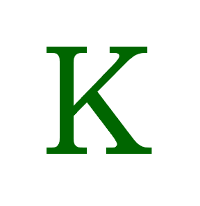 At the time of writing, the chances of finding the missing Malaysian Airlines flight MH370 in the southern Indian Ocean seem to be contracting. Time magazine writes that spotting a downed jetliner under these circumstances is “like locating one toothpick in more than 800 Olympic swimming pools.”

Since the airplane disappeared, experts and literally millions of amateurs have been sitting on their computers scanning satellite images of vast tracts of Thai jungle and tropical ocean for objects of interest. Virtual volunteers, logged on to crowdsourcing sites like Tomnod, have reported numerous pieces of possible airplane debris floating everywhere from the Andaman Sea south to the Indian Ocean.

But the satellite images have been too blurry to make a clear identification, so ships and aircraft have been sent to search. Clearly, one thing the world has learned in 2014 is that satellites don’t have an all‑seeing visual acuity. Human overview is still needed.

A birds-eye view of cropland

Such problems with satellite imaging are faced daily by scientists around the world, who rely on satellite data to make maps of what grows where on Earth. Land for growing crops is under severe pressure. By 2050 ten billion people will need to be fed. But it’s not just about what we grow and getting optimum yields. In the next 20 years, an area the size of South Africa will disappear beneath concrete or asphalt, much of it land that could grow food and animal feed crops. Developing countries will be the most affected, with a tripling of the area of sealed urban land area in the period between 2000 and 2030.

Steffen Fritz and his team of researchers in the Earth Observation Systems (EOS) group of IIASA’s Ecosystems Services and Management (ESM) Program are responding to these challenges in creative ways, using satellite imaging to understand what’s growing or not growing on Earth’s surface so as to manage global land resources better. But just like finding an airplane in an ocean, identifying cropland in global satellite data is not that easy.

Take, for instance, point #190450 on Geo-Wiki, near Kanunga Village on the northern outskirts of Nairobi, Kenya. The location is in richly fertile Kiambu County, where pineapple, tea, coffee, wheat, and macadamia cultivation flourishes alongside poultry and dairy farming. The MODIS, Globcover, and GLC2000 satellite data sources for the site don’t agree on whether the land—crossed by a section of the Boma Road running from Kanunga to the tea plantations at Limuru— comprises:

This isn’t an isolated case of satellite squabbles. Hundreds of polygons have been identified in Kenya—and thousands worldwide—where our eyes in the sky have proved myopic.

“You’ve got to know a planet to save a planet.”

The three data sources deliver mediumresolution spatial images of the ground, designed to capture global dynamic processes like cloud cover and leaf area. However, other data sources such as Google Earth Maps, capture the same area at 50 centimeter resolution, fine enough to spot structures such as houses and the telltale squares and rectangles of cropland—if you have someone to look at the millions of data points. That’s where Geo-Wiki brings in the volunteers. You can check the Kanunga polygons online at Geo-Wiki point #190450 on Google Earth and, just like data validator “Davey Boy,” decide that the MODIS description of closed deciduous broadleaf tree cover for the relevant polygon is “bad” or that the Globcover description of grasslands is “not sure.” Or, you can download the new Geo-Wiki Pictures app to your mobile phone, get down to Boma Road in person, take geo-referenced photos from the four cardinal points (automatically tagged with camera angle‑of-tilt information), tag the photographs with additional comments, including land cover type, and email them to Geo-Wiki.

The app even gives you the correct route to #190450 on your mobile phone. In a new project funded by a European Research Council grant, Steffen Fritz will also ask participating photographers to find the farmer or land owner to ask what crops are grown and how/if they are irrigated. Such contributions to Geo-Wiki Kenya project could be remunerated, perhaps even in cash. Such information is vital for policy and planning as well as science—a new bypass is under construction from Nairobi that will provide quicker access to Kiambu, and already the green setting of former banana plantations is giving way to the red rooftops of burgeoning urbanization. As Kenyans become suburban commuters, the fertile land within their boundaries will decrease, with impacts on people and food production.

Geo-Wiki has a catch phrase: “You’ve got to know a planet to save a planet.” For the sake of the hungry, Steffen Fritz and team are hoping to get much closer to the Earth’s surface than even Google Earth can, through real people on the ground.

The Geo-Wiki Project is a global network of volunteers who wish to help improve the quality of global land cover maps. Since large differences occur between existing global land cover maps, current ecosystem and land-use science lacks crucial accurate data (e.g. to determine the potential of additional agricultural land available to grow crops in Africa). Volunteers are asked to review hotspot maps of global land cover disagreement and determine, based on what they actually see in Google Earth and their local knowledge, if the land cover maps are correct or incorrect. Their input is recorded in a database, along with uploaded photos, to be used in the future for the creation of a new and improved global land cover map.

Taking Geo-Wiki to the ground

Mapping the world with crowdsourcing