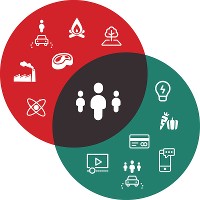 All over the world, researchers are trying to understand how we can limit climate change. According to IIASA Transitions to New Technologies Program (TNT) Acting Director Arnulf Grubler, a different approach that goes beyond climate change alone provides new insights.

Together with more than 20 collaborators from the TNT, Energy (ENE), Ecosystems Services and Management (ESM), and Air Quality and Greenhouse Gases (AIR) programs at IIASA, Grubler led the development of the Low Energy Demand (LED) scenario. Rather than focusing solely on climate change, the LED scenario instead uses the Sustainable Development Goals (SDGs) as a framework.

The LED scenario meets the Paris Agreement target of limiting global warming to 1.5°C by 2100, and is the first to do so by shrinking the energy system rather than relying on unproven negative emissions technologies, such as bioenergy with carbon capture and storage (BECCS). In the scenario, global energy use is reduced by 40% compared to today.

Back to the beginning

IIASA hosts the database that the Intergovernmental Panel on Climate Change (IPCC) used to develop its Special Report on Global Warming of 1.5°C. It was while looking at this in 2017, that Grubler noticed that each of the 400 global scenarios that could meet the 1.5°C target relied on negative emissions technologies.

In an earlier study by Keywan Riahi and colleagues, the ENE Program’s MESSAGEix model was used to run numerous simulations assuming limited availability of some key energy supply technologies, known as “knock-off” scenarios. At high demands, only eight of the “knock-off” scenarios were still feasible. With lower energy demand, all were feasible. Reducing demand therefore became the focus in the LED study.

In developing a scenario like this, what you need is diversity of expertise – exactly what IIASA has.

Charlie Wilson from TNT developed applied narratives around the scenario, including a “day in the life” story, without using dry, technical language. This helps with communication to those outside the scientific community. The LED team then used these storylines to perform a bottom-up assessment of energy demand integrating recent literature.

ENE researchers, including David McCollum and Volker Krey, then quantified the upstream energy supply implications of LED’s demands for staying below the 1.5°C target using the MESSAGE model. Krey says that it was an eye-opening experience to realize how much more flexibility and accelerated transitions in energy supply systems become available under the LED scenario. McCollum highlighted that the LED scenario was the first to quantify the effects of organizational and behavioral changes.

The scenario also ensured that there is sufficient energy to support the eradication of poverty in the Global South. Here, Narasimha Rao’s work on the Decent Living Energy project, which quantifies the standards of decent living, was vital.

Researchers from ESM used models including GLOBIOM to look at implications for land use. Conventional scenarios for ambitious climate change mitigation can lead to a four-fold increase of biomass demand by 2050, with knock-on effects for food costs and biodiversity. Stefan Frank explains that in the LED scenario, these are largely avoided.

In the AIR program, researchers quantified the LED scenario’s effect on air quality and health.

“The LED scenario basically eliminates the inefficient use of solid fuels in the domestic sector, which has substantial implications on concentrations of fine particulates and associated premature mortality,” says Peter Rafaj. “It is more efficient than strategies focusing on regulated emission sources such as power plants or industry.”

The answer to rapidly reducing energy demand is a people-centered approach, encouraging the fast uptake of technologies and practices that can reduce energy demand. 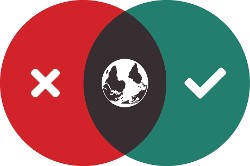 Large-scale infrastructure however, cannot change quickly. The LED scenario therefore relies on “granularity” – smaller-scale technologies and practices that do not rely on large investments or broad government policy change.

The focus on the small and the available means that options like carbon capture and storage, geoengineering, or fusion energy, are out. In, are end-use options such as shared mobility, including on-demand and Uber-like vehicle sharing, which in one simulation for Lisbon, reduced vehicle numbers by 97%. Improving energy efficiency in buildings could reduce energy demand by 75% by 2050. Diet changes away from red meat for example, reduce emissions, water, and land demand from agriculture. Making use of the digital economy, multi-function smartphones, and younger generations’ preference for accessing services rather than owning goods (for instance streaming video) will also reduce the expected vast growth in energy demand to just 15% by 2050.

The LED scenario was not only used in the preparation of the IPCC Special Report, but also in the development of Transformations to Achieve the Sustainable Development Goals, a major report by “The World in 2050” – an IIASA-led initiative aiming to provide a science-based, integrative approach to address all 17 SDGs. This report was launched at the UN High Level Political Forum in New York in July. The report set out six key transformations to enable the world to meet the SDGs in a manageable way.

The paper describing the LED scenario generated much media interest and was discussed in the most recent paper by Amory Lovins, a leading figure in energy research who first developed the concept of low-demand driven “soft energy” paths in the 1970s. There has also been interest from NGOs such as Greenpeace.

What is surprising is that the process to develop the LED scenario took just three months.

“The reason for this is that somehow it resonated. People wanted to contribute,” says Grubler. “What this highlights is that you can get things done quickly and informally if it is an interesting research question that attracts the interest of your colleagues, creating a good, collaborative spirit.”