Options Magazine Winter 2016: A historical preference for sons in South Korea is weakening, according to IIASA population research. 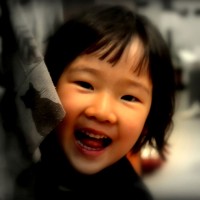 In many parts of the world, couples prefer to have sons, rather than daughters. This trait is especially true in East, Central, and South Asia where patriarchal traditions prevail and sons contribute more to economic production and provide more financial support to parents in old age, especially in agricultural societies.

While South Korea was among the first countries to report an abnormally high sex ratio at birth (SRB), it was also one of the first to report a restoration of this ratio to normal (105 males per 100 females). IIASA researchers have investigated the origins of this change by analyzing data from the National Survey on Fertility, Family Health and Welfare that spans from 1991 to 2012.

While the preference for sons declined to a great extent during this period it still exists. For example, parents who had two female children were more likely to choose to have a third child than those who had two sons. The study’s findings indicate that the rapid changes in the preference for sons were less due to changes in individual characteristics, such as parental education, employment, and urban residence, and more due to changes in the cultural, economic, and institutional environment. An underlying preference for sons still remains in the Korean population, although parents do not practice sex‑selective abortion any more. “Parents still want to have a son, but at least there are no more missing girls,” says IIASA researcher Sam Hyun Yoo.

An end to population aging in China, Germany, USA

IIASA demographer elected to US National Academy of Sciences