The Intergovernmental Panel on Climate Change today released the first portion of its 5th Assessment Report. IIASA research focuses on what to do about this major global problem. 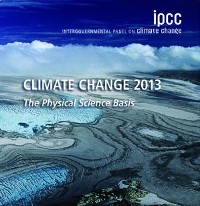 The IPCC Working Group I report released today focuses on the physical science of climate change. It shows that climate change is continuing and ascribes increased certainty to the assertion that human beings are responsible for this change.

IIASA researchers contributed in depth to Working Groups II and III, which will come out in the spring. These reports focus on impacts, adaptation, and mitigation of climate change, providing potential answers to the question, “What do we do now?”

“It’s not that we don’t know what to do about climate change,” says IIASA Deputy Director Nebojsa Nakicenovic. “We know what to do, and we also know that we need to act soon.”

Recent research from IIASA’s Energy program shows that limiting climate change to 2 degrees above pre-industrial levels is possible, but only if we act soon. Recent studies on what it would take were published in the journals Nature and Nature Climate Change.

In addition, the IIASA-coordinated 2012 Global Energy Assessment provided a number of pathways for energy scenarios that could meet the 2-degree target, showing what kind of policies and investments would be required.

Meanwhile, research from IIASA’s Mitigation of Air Pollution and Greenhouse Gases program, shows that tackling air pollutants and short-lived greenhouse gases such as methane and black carbon simultaneously with carbon dioxide could be less costly and more effective than either alone.

Research from IIASA’s Risk, Policy, and Vulnerability program provides information on the options and costs of adaptation to climate change including the management of extreme event risks, which will soon appear in a special issue in the journal Climatic Change co-edited by IIASA staff. RPV also studies the risks and vulnerabilities associated with different strategies for transforming energy systems.

IIASA researchers are also working closely with the Potsdam Institute for Climate Impacts Research on a model intercomparison project, ISI-MIP, aimed at providing better understanding of the impacts of climate change. The first of a series of studies from this project was recently published in the journal Proceedings of the National Academy of Sciences.  It showed that 1 out of 10 people is likely to be at risk from climate-related impacts by the end of this century, if emissions continue unabated.

In addition to research studies that feed into the IPCC, IIASA also hosts the Representative Concentration Pathway (RCP) database, and the AR5 scenario database for IPCC Working Group III.  IIASA is also intimately involved in process of creating the new Shared Socioeconomic Pathways (SSPs), which will be used along RCPs to analyze feedbacks between climate change and socioeconomic factors like population growth, economic development, and technological change.

What does the IPCC report mean for climate policy? IIASA's Tony Patt comments.

The trade-offs between food security and climate change mitigation