A systems look at hunger

Options Summer 2019: There is enough food on the planet today to provide every person with a healthy, balanced diet. Despite this, undernutrition affects one in nine people worldwide — and it is getting worse. 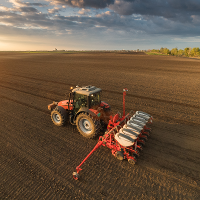 From 1990 to 2014, things were looking good for the fight to end hunger. According to the Food and Agriculture Organization of the UN (FAO) report – The State of Food Insecurity in the World 2014 – undernutrition had declined from 18.7% to 10.6% of the world population, and 63 countries had cut hunger in half.

The UN Sustainable Development Goals, ambitious in the wake of recent success, set a target of zero hunger by 2030. The 2018 version of the FAO food security report was however a harsh wake-up call. In 2017, 821 million people were undernourished – 10.9% of the global population. In the three years since the last report, progress on hunger had switched directions.

The FAO pinpointed climate change as a major cause of the turnaround. It continues to contribute to droughts, extreme heat, and weather events that affect crop production, and projections suggest that the problem will only get worse, especially in the most vulnerable regions.

While food production may need to increase to meet nutrition needs, agriculture is also contributing to the challenges brought about by climate change — worldwide, agricultural production and related land-use change is responsible for around 25% of total human-caused greenhouse gas emissions.

This messy issue is exactly the kind of problem IIASA was created to study. When you start to look at the problems in depth, the connections and repercussions of potential solutions spiral across disciplines and beyond country borders. Only by taking a systems view can policymakers and the public make informed changes that lead to a sustainable future.

What is food security?

When talking about their research on hunger and its drivers, researchers use the term food security. This is because adequate nutrition is not just about getting enough calories. It means having access to safe food that satisfies nutritional needs. It means being able to physically access food and have enough resources to buy it. Importantly, it also means knowing that nutritious and affordable food will be available in the future.

“Food security is not just a question of how much food is produced and consumed, but also how adequate the nutrition is, and how resilient the food system is to various disturbances,” 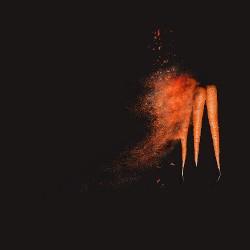 explains IIASA researcher Hugo Valin, who has been studying the intersection of food security and climate change.

“Food security is a far more comprehensive and complicated topic than I realized when I first approached it,” says Yibo Luan, a former researcher in the IIASA Water Program (now at Wuhan Planning and Design Institute in China) who works on food security and assessment monitoring. “It is not just the balance of food consumption and food supply. It is an entire interdisciplinary research field that includes environment and ecosystem services, climate change, nutrition, population, and more.”

In a 2018 study, IIASA researchers showed that two-thirds of the population of India — around 800 million people — are affected by nutrient deficiencies. Narasimha Rao, explored this issue as part of the Decent Living Energy project.

“I was trying to assess the energy needs for every dimension of decent living,” says Rao. “What decent living is from a food perspective is more than just calories. Good health and longevity also require a good dose of vitamins and minerals. Many of those are lacking in poor countries.”

The study found that many diets in India lacked iron, which can be harder to obtain in a vegetarian diet. Counterintuitively, inadequate nutrition can also go hand in hand with obesity, which food researchers refer to as the “dual burden” of malnutrition.

“Food prices affect the choice of food, and for low-income families in developing countries, it is often more economical to opt for low-cost but energy-dense commercial foods that are generally poor in nutrients,” explains Raya Muttarak, an IIASA demographer who has previously worked on questions of climate vulnerability and resilience. “In fact, even within the same individual, people who were undernourished in early childhood are also particularly susceptible to becoming obese when they grow up.”

Muttarak is working to understand how climate change will affect this double burden.  In an editorial in Asian Population Studies, Muttarak suggests that building capacity to cope with climatic shocks will be an important aspect of addressing this problem.

Meanwhile, Luan and researchers in the IIASA Water Program published a new metric for energy and nutrients, which could be used to assess whether diets are meeting people’s nutritional needs on a national or international scale.

“There is relatively little research assessing the nutritional adequacy of dietary intake according to dietary standards like the World Health Organization’s global-level recommendations and national-level nutritional plans, and to explore its relationship with nutritional outcomes,” says Luan.

As researchers look 30 to 50 years into the future, the impact of climate change on food production looms as a challenge. With crop production already impacted by drought and temperature variability, there is an increasing demand for research that can help 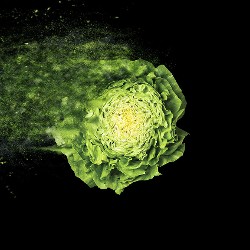 Researchers in the IIASA Ecosystems Services and Management (ESM) Program use the Global Biosphere Management Model (GLOBIOM) to incorporate different dimensions into their analysis. The model allows them to assess the impacts of climate change on production, the influence of various climate policies, and the impacts of agriculture and different production methods on land-use change and direct emissions to build scenarios that can inform policy.

This systematic analysis is especially important because of the many complex interactions between food, water, energy, and land use. Making policies to mitigate climate change without understanding these interconnections could create unanticipated problems. For instance, a study led by IIASA researcher Tomoko Hasegawa found that taxes targeted at solving climate change could lead to more food insecurity than the impacts of climate change itself. A blanket carbon tax would lead to increased food prices, in particular on meat and rice, which are responsible for a large share of greenhouse gas emissions, and would especially impact food availability in developing countries.

Other studies, such as one published in 2016, identified potential trade-offs between policies designed to preserve water and biodiversity, as well as address climate change.

While research results that identify tradeoffs and unintended impacts of well-intentioned policies can seem dismaying, it is the first step to finding solutions to complex global challenges like food security.

IIASA systems analysis methods allow researchers to examine the impacts of many potential policies, with many variations in climate, energy, and population scenarios, allowing them to understand the broader impact of potential policy solutions.

On a global scale, recent studies from the ESM team are showing the potential of both changes in diet (towards a more vegetarian diet) and changes in production that make agriculture more efficient, particularly in the livestock sector. Combinations of incentives and taxes could help achieve these shifts.

IIASA researchers are also applying their research at a national scale to help countries build “climate smart” agricultural policies that can help them increase domestic food production while reducing the climate impact of agriculture. IIASA researcher Amanda Palazzo, for example, led an analysis used by the World Bank and the Agricultural Ministry of Zambia in a new agricultural plan for the country.

One of the most frustrating aspects of the challenge of food security is that there is enough food on the planet today to feed every person. Due to distribution challenges, inequity, inadequate storage, and waste, we however don’t even come close to putting food on everyone’s plate. 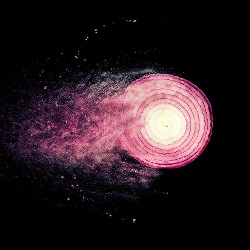 There is of course no simple solution. Policies need to take the links between agriculture and climate change into account, and recognize that solutions will involve attention to agricultural production, diet, trade, and issues of access. Researchers also point to education as a major area that could help change habits and lead to healthier, more sustainable diets.

“People need to realize that their diets have an important impact both on the planet and on their health,” says Valin. “Habits have deep cultural roots, and it’s hard to accept that the ways we satisfy our appetite can have long term personal and large-scale impacts.”

Weighing up trade-offs between food security and climate mitigation